Which States Get the Biggest Piece of the Federal Education Funding Pie? 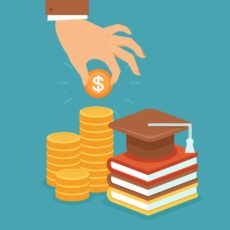 Now that school is out, there’s time to do some much-needed housekeeping, including a review of states’ shares of federal education funding.

Education expert Richard Innes, an analyst at Kentucky’s Bluegrass Institute, used Census data to see which states get the highest shares. Turns out, a handful of taker states should be writing thank you notes to taxpayers in the vast majority of giver states, based on Innes’ analysis.

On average, federal dollars (which, of course, come from taxpayers in the states) account for less than 10 percent of all education funding, with state and local sources making up the vast majority.

As Innes explains, “Of course, this federal money is far from ‘free’.” That’s because states have to agree to a variety of mandates. “Some have been OK, others are terrible. But, all result in a dilution of state and local control of education without any really dramatic evidence that the feds know better than we do. Furthermore, this is being driven by a relatively small total contribution from the federal government in comparison to a rather massive amount of state and local education dollars,” according to Innes.

For all the red-tape hassles federal mandates bring, The Federalist’s Joy Pullmann says we shouldn’t expect calls to end federal involvement any time soon if some people have their way:

And, as education writer and civil engineer Henry W. Burke notes, “If that was not bad enough, the recently passed Every Student Succeeds Act (ESSA) adds new education programs and expands federal control and paperwork requirements even more.”

It’s worth considering what “expertise” we think we’re getting for all the money we send to DC and allow the feds to redistribute.

Vicki E. Alger is a Research Fellow at the Independent Institute and Senior Fellow and Director of the Women for School Choice Project at the Independent Women’s Forum. She is the author of the Independent book, Failure: The Federal Misedukation of America’s Children.
Beacon Posts by Vicki E. Alger | Full Biography and Publications
Budget and Tax Policy Education Government subsidies Politics The State
Comments
Before posting, please read our Comment Policy.
© 2022 INDEPENDENT INSTITUTE, 100 SWAN WAY, OAKLAND CA 94621-1428 | (510) 632-1366 | (510) 568-6040 FAX | SEND EMAIL