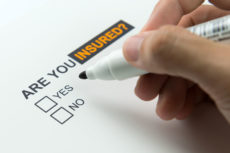 The best measurement of people who lack health insurance, the National Health Interview Survey published by the Centers for Disease Control and Prevention (CDC), has released early estimates of health insurance for all fifty states and the District of Columbia in 2015. There are two things to note.

First: About 70 percent of residents, age 18 to through 64, had “health insurance” in 2015, which is the same rate as persisted until 2006. Obamacare has not achieved a breakthrough in coverage. It has just restored us to where we were less than a decade ago.

I believe this reflects churning between private coverage, Medicaid, and Obamacare exchanges in the increasingly fragmented post-Obamacare landscape. People fall through the cracks, overwhelmed and confused by an unnecessarily complicated “market.”