Don’t Be Fooled by Misleading Rhetoric on Medicare Payment Reform 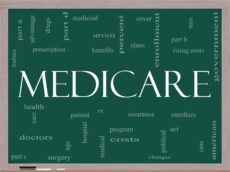 A few weeks ago, Medicare proposed a pilot program to test a new way to pay doctors who inject drugs. Cancer is the big kahuna, cost-wise, when it comes to injected drugs. Medicare payment policy leads to certain industry practices to profit from the status quo. When the status quo is threatened, the “preservatives” immediately form a defensive coalition to stop the change.

The campaign to roll back the reform has become irresponsible and misleading. I do not endorse the reform, but neither do I oppose it. Currently, physicians who inject drugs are paid by Medicare a margin of 6 percent on top of a reported price called the Average Sales Price (ASP). The concern is that the oncologists make more margin off an expensive drug than a less-expensive drug.

Drug makers know this very well. People who sell injection drugs to physicians sometimes refer to their sales technique as “selling the spread.” Physicians, especially oncologists, sometimes say they cannot earn a living off the fees Medicare pays them, so they need to earn the “spread,” too.

I do not believe there is evidence that “selling the spread” leads oncologists in general to prescribe inappropriately, but others do. Further, whether this reimbursement leads to artificially expensive drugs is a different issue than oncologists prescribing behavior.

It is not unreasonable to think this would affect doctors’ prescribing. Under the new system, the first doctor would clear $16.93 and the second $41.80. We can write this arithmetically with elementary equations:

There is actually no fundamental change in the government’s role in pricing drugs: It does not price the drugs in either case. Nor is it a “reckless experiment,” as critics allege. They allege this because the pilot will run for five years and doctors will be randomly assigned to either control groups or study groups. (That is, some doctors will continue to be paid according to the current method, and others the new way.)

Critics assert patients have not given “informed consent” as they would in a clinical trial of a new drug. True, but when has any Medicare patient given any consent, informed or otherwise, to any Medicare payment method? However, the most misleading attack yet is an op-ed in the Wall Street Journal in which an oncologist suggests the reform will cost more money, citing a similar experiment conducted by a private insurer:

From 2009-12, UnitedHealthcare, the largest private insurer in the U.S., conducted a demonstration with community oncology practices that removed any possible “incentive” for doctors to use more expensive cancer drugs. That was very similar to what CMS is proposing now. Yet drug use and spending went up by 179%, according to the Journal of Oncology Practice. The study did not offer an explanation for the paradoxical result.

While narrowly true, the op-ed neglects to point out that the private demonstration experienced reduced overall cancer costs. While drug costs went up $14 million, total costs of treatment declined $33 million.

It is unfortunate that a government agency controls reimbursement for elderly cancer patients’ drugs. However, as long as it does, it needs the latitude to experiment with how it pays for those drugs.