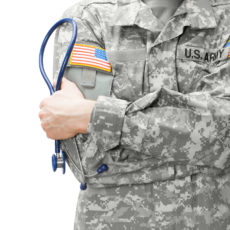 Back in July 2014, over at another blog, I described how Congress was preparing to reward the Veterans Health Administration for its failure to ensure veterans get timely, adequate care, with a multi-billion dollar bailout.

Because Republicans had taken the majority in both houses of Congress, the bailout was camouflaged as a method of allowing veterans more choice of healthcare providers, outside the government bureaucracy. The results are pretty bad, according to a report by Dr. Sanjay Gupta:

Congress and the VA came up with a fix: Veterans Choice, a $10 billion program. Veterans received a card that was supposed to allow them to see a non-VA doctor if they were either more than 40 miles away from a VA facility or they were going to have to wait longer than 30 days for a VA provider to see them.

Wait times have gotten worse. Compared with this time last year, there are 70,000 appointments where it took vets at least a month to be seen, according to the VA’s own audit.

The VA claims there has been a massive increase in demand for care, but the problem has more to do with the way Veterans Choice was set up. It is confusing and complicated. Vets don’t understand it, doctors don’t understand it and even VA administrators admit they can’t always figure it out.

Rather than liberating veterans to seek the best care possible, the misnamed Veterans Choice reform has entangled more private doctors and hospitals in yet another bureaucracy! The Veterans Choice card, which some veterans were issued, is not a simple debit card they can use to pay for qualified medical expenses.

No, it is a card that allows doctors and hospitals, which treat those veterans, to submit claims to yet another broken-down government healthcare bureaucracy—run by the same gang that cannot provide care in its own facilities! (Recall that these private providers already have to deal with Medicare, Medicaid, and private insurers.)

If we owe veterans more money so they can get good health care, let’s just give them the money and leave the bureaucracy behind.