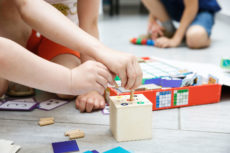 One of the leading claims proponents made for establishing a US Department of Education was that state and local citizens simply couldn’t be trusted with education.

What proponents leave out, of course, is any rational explanation why DC bureaucrats know better than we hoi polloi taxpayers and parents.

A recent column by Santa Clara University School of Education and Counseling lecturer Elizabeth Guneratne is a case in point. According to Guneratne:

The federal government should not leave elementary and high school education to the whims of local school boards. Such boards lack the capacity to address the funding, curricular and justice gaps that students experience throughout our nation.

Yet just a few paragraphs later she admits:

Our schools today are almost as segregated as they were in the days before the civil rights movement. Almost every district in the country has an achievement gap related to race.

Guneratne is right about that. A recent report by the congressional watchdog, the U.S. Government Accountability Office (GAO) affirmed that socioeconomic segregation is getting worse, not better, in American public schools.

A notable exception to this trend are programs that restore local control—especially parental choice in education. Research spanning nearly two decades shows that in states and localities with parental choice, students attend schools that are more integrated.

As I wrote in a recent column:

The U.S. Department of Education opened its doors 36 years ago. Proponents of its creation promised improved efficiency and higher student achievement. Instead, federal spending has soared and student achievement has barely budged....

In 1866, when the idea of a national education department was first being debated in Congress, Rep. Samuel J. Randall, D-Pa., predicted that it would amount to ‘a bureau at an extravagant rate of pay, and an undue number of clerks collecting statistics ... (that) does not propose to teach a single child ... its A, B, C’s.’ History proves Randall was right.

Children aren’t creatures of the state. Let’s stop treating them as if they are, and put an end to the US Department of Education.