Libertarians and conservatives and others have spent five years complaining about the increased bureaucratic burden of Obamacare. New research by Sam Batkins of the American Action Forum, while not letting Obamacare off the hook, shows the problem predates the current administration. The following chart shows the burden of paperwork has increased linearly since at least 2005: 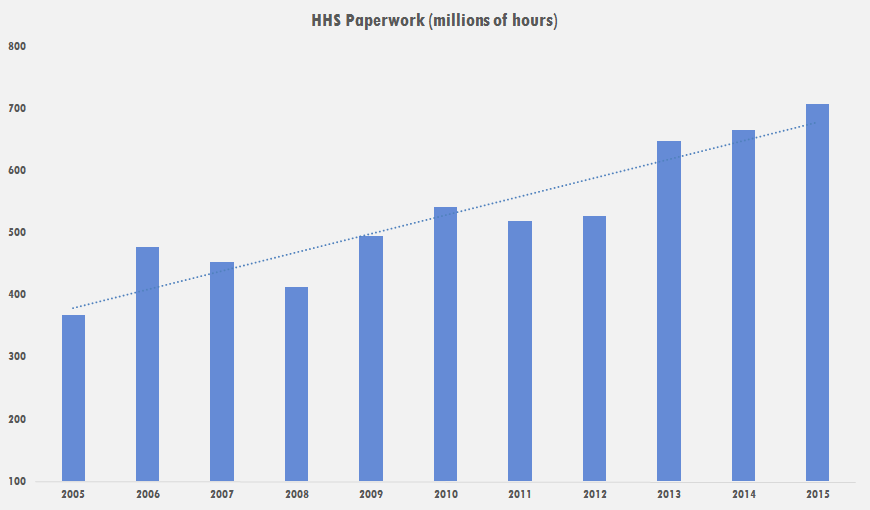 Batkins measures the millions of hours of paperwork required to comply with regulations emitted by the U.S. Department of Health & Human Services. 2005 was the first year of the Medicare Part D drug benefit. So, regulations pertaining to that hand-out to seniors surely account for much of the burden. However, the law that brought the benefit into existence was signed in 2003. And before that we had the Health Insurance Portability & Accountability Act (HIPAA) of 1996. And before that. . .

So, I expect that if Batkins extended his chart backwards in time, we would find the same linear trend going back decades, regardless which party was in power. It is difficult to see how the regulatory burden would improve as long as both parties insist it is the federal government’s responsibility to ensure access to health care.