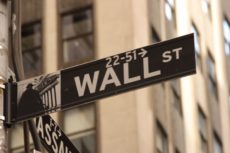 USA Today published a book review of Nathan Bomey’s book, Detroit Resurrected: To Bankruptcy and Back. I haven’t read the book (which just came out today), so my gripe isn’t with the book but with the spin USA Today is putting on it, starting with the title of the review: “How Wall Street enabled Detroit’s collapse.”

First: Government’s proponents advocate giving government control over what substances individuals can ingest into their bodies, from recreational drugs to sugary drinks. They want government control over what types of products we can buy, ranging from mandatory safety requirements for automobiles, children’s toys, ladders, and almost everything else that’s offered on the market. Why would people think that a government that makes bad decisions for itself will make good decisions for its citizens?

Even more absurd, they want government control over our saving, requiring that workers pay into the mandatory Social Security system because people aren’t responsible enough to manage their own financial affairs. And now, this article is telling readers that government cannot even manage its own finances, and is misled by the financial industry it oversees and regulates.

Anyone who’s familiar with the federal government’s $19 trillion debt knows that fiscal irresponsibility isn’t limited to Detroit. Unfunded government pension liabilities in California, in Illinois, and in thousands of local governments in addition to Detroit are dragging on governments throughout the country. The idea that an organization–government–that is generally so fiscally irresponsible should be overseeing how people save and invest seems laughable.

USA Today‘s spin on this is designed to make Wall Street look bad, but if their spin reflects reality, the lessons should be: First–a government that is too irresponsible to take care of itself is also too irresponsible to be dictating to its citizens what choices they can make; and Second–if government can be manipulated by the financial industry, it can’t have the competence to regulate that industry.