Medicare Pays for Prevention – For the First Time 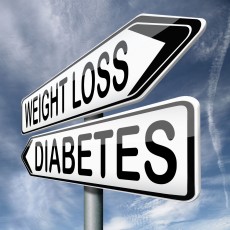 The Centers for Medicare & Medicare Services has announced that Medicare (that is, taxpayers) will pay for lifestyle-intervention program that prevents type 2 diabetes:

In 2011, through funding provided by the Affordable Care Act, CMS awarded the National Council of Young Men’s Christian Associations of the United States of America (Y-USA) more than $11.8 million to enroll eligible Medicare beneficiaries at high risk for diabetes in a program that could decrease their risk for developing serious diabetes-related illnesses. Beneficiaries in the program attended weekly meetings with a lifestyle coach who trained participants in strategies for long-term dietary change, increased physical activity, and behavior changes to control their weight and decrease their risk of type 2 diabetes. After the initial weekly training sessions, participants could attend monthly follow-up meetings to help maintain healthy behaviors. The main goal of the program was to improve participants’ health through improved nutrition and physical activity, targeting at least a five percent weight loss for each individual.

The results of the Diabetes Prevention Program model are striking:

After years and years of jawboning about preventing disease and reducing health spending by catching health problems early, the federal government has finally approved one intervention that actually appears to achieve this goal!

So, why did it take so long? Indeed, a previous clinical trial of a diabetes prevention program was conducted from 1996 through 2001. The review of literature on that trial indicates diabetes incidence dropped by 58 percent. Yet, Medicare took fifteen more years to decide to cover the treatment. (Interestingly, the effect of lifestyle intervention persists. After 15 years, the incidence of diabetes in the intervention group was still 27 percent lower than in the control group.)

Despite all the rhetoric, government control of health spending generally appears to achieve the opposite of this desirable outcome: It increases acute spending after diseases are full blown. For example, increased enrollment in Medicaid is associated with more visits to emergency departments, as patients have limited access to primary care.

So, the diabetes prevention program appears to be the exception that proves the rule. Here are a couple of reasons that might explain the phenomenon. First, to lobby the government effectively for health spending, you have to have either an innovative technology or a lot of employees (like hospitals do). The “Y” has neither. Second, the government’s budget planning is very short term, prioritized by the interests of lobbyists who want their paybacks immediately. A health prevention program that will benefit patients and taxpayers over the long term does not present adequate incentives for politicians to fund.

I do not anticipate we will see Medicare pay for many more low-tech, cost-effective interventions in the future.