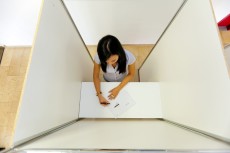 As Americans move closer to November’s elections, the campaigns are gearing up to tell each of us how important it is to vote. One illustration is a recent Michael Barone article titled “A very few votes can make a big, big difference.”

Barone makes his point by citing several close elections. Most prominent was George W. Bush’s election win due to a 537-vote margin in Florida. He also offered several other examples, focusing on the current primary season, where vote differentials as small as 1,148 made a difference.

Unfortunately, when the closest election cited was decided by more than 500 votes, Barone’s conclusion that “a few votes can make a big difference” does not support the conclusion that your individual choice of whether to vote or who to vote for makes a big difference. In fact, it implies that your vote will make no difference in the outcome. The results will be the same, whether you voted for the winner, a loser, or no one. And that has some important implications.

It means that many of the “get out the vote” arguments American hear every four years are invalid.

“If you don’t vote, you have no right to complain about government”: This argument fails for the same reason. It also ignores the fact that facing what are typically binary choices between candidates, and yes-or-no votes on special-interest initiatives, further degrades your ability to invoke your preferences.

“If you don’t vote, you don’t care about America”: This is similarly unconvincing when your vote doesn’t alter the outcome. Not only has abstaining been common since America’s foundation, but not voting is perhaps the most effective way to protest that “none of the above” represent what you consider acceptable, because voting for “the lesser of two evils” is still voting for an evil.

“It is your duty to vote”: This assertion runs aground because if your vote won’t change the outcome, it cannot be your social duty. Voting is not a duty, but a right—including the right to abstain. Further, most voters are far from informed on most issues, and casting an uninformed vote is more a dereliction of duty than a fulfillment of it.

“You must vote, because the electoral process would collapse if no one voted”: This ignores two facts—that your individual vote won’t matter, and that virtually no one’s individual choice of whether to and/or how to vote alters an appreciable number of others’ voting choices. (Politicians, who won’t be taken seriously if they abstain from voting, are an exception.)

Does the fact that so many “your vote is crucially important” arguments are invalid imply you shouldn’t vote? No. However, those claims cannot justify voting on issues you are uninformed about, since that offers society no benefits. Since your electorally insignificant vote won’t change the outcome, it also means that voting to forcibly transfer others’ wealth to you or your pet causes is ineffective, as well as morally objectionable.

However, if such errors are avoided, voting can provide a means of cheering for those candidates and proposals that advance what James Madison called “the general and permanent good of the whole” without plundering others. So, while logic does not demand that you vote or that you abstain, it does impose limits on what one can justify voting for.