The Myth of All-Payer Claims Databases 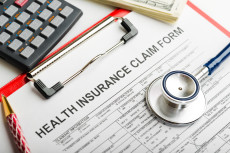 Most observers agree that it is very, very difficult for patients to choose health services wisely based on prices, because prices in U.S. health care are generally not transparent. The primary reason for this problem is that health providers haven’t relied on patients to pay their bills directly in many decades.

Instead, their business models rely on submitting claims to health insurers. Of course, there are convenient clinics and a few doctors and ambulatory clinics which post prices up front. However, the patient who enters the hospital – where most health costs are incurred – enters a maze of opaque and incomprehensible prices.

Some people believe price transparency can be commanded by government: Enter the “all-payer claims database,” which an increasing number of states are embracing. Every payer in the state reports its claims to this government-run database, and the government can then publicly disclose what actual health prices are.

Liberty Mutual, the payer that did not want to report its claims to Vermont’s database, was a large, self-insured employer that provides health benefits regulated by a federal law (ERISA), not state law. As pretty much always happens, the Supreme Court knocked back state sovereignty in favor of federal power, agreeing with the payer that it did not have to obey the Vermont law.

Whether that finding is right or not, I’ll leave to others to decide. This post challenges the very idea of all-payer claims databases.

I shop at different supermarkets for different items, based on both price and quality. It has never entered my head to demand the state department of consumer affairs to compile a database of prices each store charges for a gallon of milk, a dozen oranges, or a half dozen pork sausages. Could you imagine what a meaningless jumble that would be?

For hospital beds, it is even worse. Hospitals themselves are sunk costs, and carry a lot of overhead. So, the charge for a hospital bed has to carry a lot of allocated costs, but will vary according to surges in demand. Imagine if an airline had to report the cost of an economy ticket from Oakland to Chicago to a government-run database for public reporting. The price changes within even one day! The same would be true of hotels. (The “rack rate” posted on the inside of the door has no connection to the actual prices.)

The solution to price transparency does not lie in governments juggling an infinitely large database of payers’ claims. Rather, it lies in government requiring providers to enter into effective contracts with patients before recognizing patients’ debts as enforceable. I have called this the common law approach.