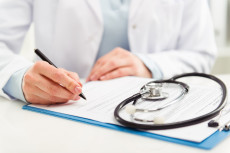 Healthcare business reporter Holly Fletcher of The Tennessean has written a very informative feature on the hospital revenue cycle, including a seven-deck slideshow that translates the process into layman’s terms. (The Tennessean is the best daily newspaper for understanding hospitals, because Nashville is home to for-profit hospital chains which control 60 percent of the beds in that industry, so the journalists know what they are talking about.)

Ms. Fletcher describes an insane system of billing which has been focused on getting dollars out of the byzantine bureaucracies we call health insurers. The main economic reason insurance should be for rare, unforeseen, catastrophic events is that claims processing is expensive. It is not just shuffling paper around, but also managing fraud, waste and abuse. This adds to what is called the “load” of insurance.

When it comes to getting money from patients directly, hospitals are hopeless, with two-thirds of their accounts receivable remaining unpaid:

Billing practices are not designed to collect small, incremental payments from hundreds or thousands of patients. They are designed to bill a handful of large entities—insurance companies — not individuals who walk in the door.

One might think this was a problem that is not too difficult to solve: Just call the supermarket or department store and ask them to recommend a point-of-sale technology vendor.

However, the insurance system makes this very difficult. Hospitals do not know how much to charge patients until the claims are adjudicated. After all, a hospital does not know how much of a patient’s annual deductible has already been paid. Further, insurers process hospitals’ claims in bulk, looking for variance which will cause them to challenge hospitals’ claims. Also, hospitals are highly dependent on Medicare, which imposes its own rules. Hospitals are unable to bundle prices into one bill. As Fletcher puts it: “One might not go back to a restaurant that gave you a bill for the appetizer then a bill for the bread then individual bills for the entrée and drink.”

This causes great harm to patients who get surprise hospital bills. It is so bad that the Attorney-General of New York has just announced an agreement with the nation’s three credit rating agencies that they will wait 180 days before using an individual’s medical debt against his credit score. Hospitals too often make claims against patients that end up unsubstantiated after insurers resolve disputes.

The policy solution requires turning the business model upside down. Most hospital procedures are scheduled. For auto insurance, customers send a binding estimate to their insurer, which approves the repair before it gets done. Hospital insurance would likely look similar, if the government did not regulate it perversely.