Traditional Medicare Is Disappearing Faster than Expected: Does It Matter? 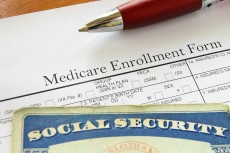 Republican and Democratic politicians accuse each other of plotting to destroy “Medicare as we know it” when campaigning against each other, but they collaborate enthusiastically to do exactly that when they get to work on Capitol Hill.

For better or worse, Exhibit A is last week’s announcement by the Centers for Medicare & Medicaid Services (CMS) that it had beaten its target of tying 30 percent of Medicare Part A and B payments to “quality of care rather than quantity of services.” That goal was initially set for the end of 2016, but was actually achieved in January.

Initially, this was a goal set only by administrative fiat, in January 2015. However, it soon picked up bipartisan legislative support in the so-called “doc fix” bill of April 2015.

More will likely come. I say “bravo.” These payment models are not as “top down” as some conservative commenters argue. There are a lot of ways for providers to hit their targets. On the other hand, the savings are not that big.

CMS’s announcement noted savings of $411 million in 2015, when only 20 percent of traditional Medicare spending was in alternative payment models. It did not state the baseline spending against which to measure this $411 million.

However, CMS arrives at its conclusion, that it has now beaten 30 percent of spending on alternative payment models, by dividing an estimated $117 billion tied to alternative-payment models by $380 billion of total Medicare fee-for-service payments.

It is not clear whether savings from these alternative payment models exhibit diminishing, flat, or increasing returns to scale. Nevertheless, we can guesstimate that if $411 million was saved when 20 percent of spending was directed towards such models, then savings from re-directing 30 percent of spending would be around two-thirds to three-quarters of a billion dollars.