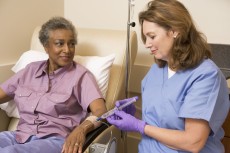 A remarkable study published in the BMJ concludes that $1.8 billion of the $18 billion spent on the 20 most expensive cancer drugs in the United States is wasted due to cunning marketing by drug-makers. Chemotherapeutic doses are often adjusted by body weight. However, the drugs are shipped in vials containing doses appropriate to bigger people. Once opened, the drug that remains after an oncologist selects the dose appropriate for a smaller or average-sized person has to be discarded.

The authors allege the drug-makers do this deliberately, to increase profits. Their proposed solution is that the Food and Drug Administration should regulate the size of vials! There is a better way.

First, the FDA is not concerned with the cost of medicines. The proposed solution has nothing to do with safety or efficacy, so is not within the FDA’s purview.

Second, marketing cancer drugs is influenced by a uniquely perverse incentive. Medicare pays oncologists fees that include the cost of the drugs, because they are often injected. This has led to the controversial practice of drug companies’ salespeople “selling the spread,” which is the difference between the prices drug companies charge for their cancer drugs and the prices Medicare reimburses doctors. Medicare has tried to squeeze this spread over the years, but oncologists complain that Medicare’s fees for services only are not adequate compensation.

If cancer patients controlled more medical spending directly, they would not tolerate paying 10 percent more for excess doses that are discarded.