War Is the Antithesis of Freedom 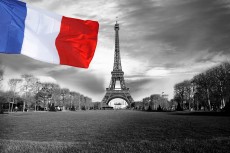 It has been nearly a week since terror attacks in Paris claimed the lives of nearly 130 people and injured countless others. Not more than a day later, France launched air strikes against ISIS in Raqqa, the de facto capitol of the Islamic State.

As soon as news broke of the strikes, my social media feeds were filled with praise for the French government, applauding them for acting so quickly after the attack and for going on the offensive. Many criticized President Obama for not launching similar or more intense strikes sooner.

These individuals included not just friends of conservative political views, but many who are quick to pronounce themselves as lovers of liberty, proponents of limited government, and protectors of individual rights. Yes, even some of these individuals called for outright war in the Middle East in the wake of Friday’s attacks. One of my acquaintances pulled no punches, saying, “they [the U.S.] should burn Syria [ISIS] to the ground.”

I have to say that the calls for war are reminiscent of what happened in the United States after 9/11. It pains me to say it now, but I was one of those people who felt eager to enact revenge. I remember sitting in the living room with my father, watching the TV as the U.S. Military launched strikes in Afghanistan. We watched again as President Bush declared that Saddam Hussein had hours to leave Iraq or see the country invaded. I knew then that the United States was going to war, and I was glad.

But as someone who has since dedicated herself to the study of political economy, liberty, and foreign intervention, I say without the slightest hesitation that those calling for war have absolutely no idea what they are wishing. To my friends who claim to love freedom but are calling for war, I argue to you that you cannot hold both of these positions at once. These two ideas are fundamentally at odds.

War is the antithesis of freedom, even war waged in the “name of liberty.” People often point to WWII as an example and say, “what would have happened if we hadn’t gone to war?” I think that fundamentally misses the point. People seem to forget that it was through WWII that the world came to see the Military-Industrial Complex in all its freedom-trampling glory. With every war, government has expanded in scale and scope, preying upon their liberties they are tasked with protecting. As my coauthor Chris Coyne and I have discussed, the full effects of war are often not revealed until much later—police militarization, domestic surveillance, and the use of drones domestically are but a few examples.

Now we are in the heat of the moment. We feel genuine sorrow for the French people. We know from our own experience that such an attack can leave a lasting impression. But now is not the time to let passion get in the way of reason and the lessons of history. In fact, it’s times like these that we must hold strong in our commitments to liberty. As economist Robert Higgs has pointed out countless times, crises, particularly war, are the very instances that allow for the most marked and significant expansion of government power. Once these powers are expanded, restraining them is difficult, if not impossible.

Attacks like the ones in Paris understandably give us all reason to pause. But we cannot allow such actions to prompt us to call for acts that are fundamentally opposed to freedom. As Founding Father James Madison put it,

Of all the enemies to public liberty war is, perhaps, the most to be dreaded, because it comprises and develops the germ of every other. War is the parent of armies; from these proceed debts and taxes; and armies, and debts, and taxes are the known instruments for bringing the many under the domination of the few. In war, too, the discretionary power of the Executive is extended; its influence in dealing out offices, honors, and emoluments is multiplied; and all the means of seducing the minds, are added to those of subduing the force, of the people. ... No nation could preserve its freedom in the midst of continual warfare.

Writing in the midst of the First World War, writer Randolph Bourne stated that, “war is the health of the state,” now is not the time to forget that those who benefit from conflict are most often not those we’d wish to benefit, but government and special interest. We’d do well to remember this fact.