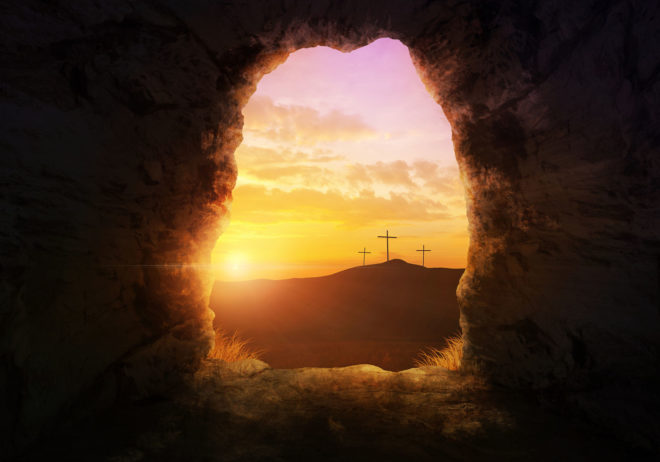 Easter is the day of liberation—the day the greatest earthly power has done its best, unleashed its ultimate weapon—and been defeated.

I’ve previously posted (here and here) a few thoughts on Easter’s significance to me, and this year turn to the insights of N.T. Wright—the renowned New Testament scholar, former Bishop of Durham and current professor at the University of St. Andrews in Scotland.

His output is prolific, impressive, and varied—from thick, scholarly tomes, to breezy, accessible guides to each of the books of the New Testament. Throughout, Wright reminds us time and again that we must read the New Testament in its context—in the lives and times of the first-century Jewish followers of Jesus. Yes, the truths are timeless, but we cannot simply transport the words wholesale into our 21st century mindset. And we cannot simply take a passage here and a citation there, string them together, and make our case. The Bible is an entire narrative.

It is by such taking of snippets, and disregarding the context in which they were written, that the same passages are used to make quite completely opposite points. A common case in point is Romans 13: 1-7, in which Paul, writing to the early Christians in Rome, tells them to obey authority and pay their taxes. Given that Nero was the ruling authority, and the taxation being levied was unfair and excessive, this is frequently cited, especially by “conservative” Christians, that this constitutes orders for us, in all times and all places, to obey authority and pay our taxes.

The historian Wright reminds us that Paul was writing to a particular people, living under particular circumstances, in a particular time. Paul himself spent a great deal of his missionary life in various prisons, and his life was ended by torture and beheading in Rome by the very authorities of whom he wrote in this letter—so if those who cite this passage to defend obedience to rulers are correct, Paul apparently did not follow his own entreaty.

So what was it all about, and what does this mean at Easter?

...Paul is saying ... that the Christians, who were regarded as the scum of the earth in Rome at the time, must not get an additional reputation as trouble-makers. No good will come to the cause of the gospel [the “good news” of Jesus] by followers of Jesus being regarded as crazy dissidents who won’t cooperate with the most basic social mechanisms. Paul is anxious, precisely because he believes that Jesus is the true Lord of the world, that his followers should not pick unnecessary quarrels with lesser lords. They are indeed a revolutionary community, but if they go for the normal type of violent revolution they will just be playing the empire back at its own game.

To take Paul’s letter as an instruction for Christians to live as meek subjects of the State makes a lie of Jesus’s life, and especially death and resurrection: Jesus is Lord and Caesar is not. Jesus was tried, convicted and killed by the all mighty Jewish and Roman authorities—but he did not stay dead.

And so to Wright’s “An Uncomfortable Truth at Easter:”

The resurrection of Jesus is the beginning of the final putting-to-rights of all things. In the light of the resurrection, the church must never stop reminding the world’s rulers and authorities that they themselves will be held to account, and that they must do justice and bring wise, healing order to God’s world ahead of that day. Those who want to depoliticize the resurrection must first dehistoricize it, which is of course what they have been doing enthusiastically for many years – and then we wonder why the church has sometimes sounded irrelevant! But we who celebrate our risen Lord today must bear witness to Easter, God’s great act of putting-right, as the yardstick for all human justice.

And this is the cry to we beneficiaries of Christ’s teachings, the Spanish scholastics, the Austrians, the great expositors of liberty and rights and truth and justice: by seeking these things in this world, we must therefore pick our fights judiciously, choose the hill we’ll die on, keeping our eyes on and always measuring against the true yardstick.