What Makes a Miserable Country? 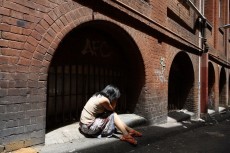 Venezuela is the world’s most miserable country, according to a team of researchers at Johns Hopkins University who have calculated a World Misery Index. “Misery” is measured as the sum of a country’s inflation rate, unemployment rate, and interest rate, minus the annual percentage change in real GDP per capita. The higher the total of these four numbers, the higher a country’s misery score. The index ranks 108 countries.

As the table at the bottom shows, the five most miserable countries in the world are: Venezuela, Argentina, Syria, Ukraine, and Iran. Venezuela’s misery score is almost 40 points more than second-worst Argentina.

The five least miserable countries in the world are: Brunei, Switzerland, China, Taiwan, and Japan. The United States ranks as the 14th least miserable country, but somebody living in Detroit or south Chicago might think differently, meaning the index relies on aggregates and ignores regional differences.

The Misery Index measures outcomes: inflation, unemployment, interest rates, and economic activity. But I wondered what public policies are associated with high levels or low levels of misery?

The essential aspects of economic freedom are: (1) personal choice, (2) voluntary exchange coordinated by markets, (3) freedom to enter and compete in markets, and (4) protection of persons and their property from aggression by others. Economic freedom flourishes when individuals are allowed to trade freely provided no physical harm is done to the person or property of others.

On the other hand, the least miserable countries tend to encourage private entrepreneurship and freer markets. The correlation is not perfect—China ranks poorly in economic freedom, yet it has a low misery score. But the staggering 91-place difference in median ranks (120 versus 29) is telling.

Economic freedom offers the best hope for a better life for ordinary people. 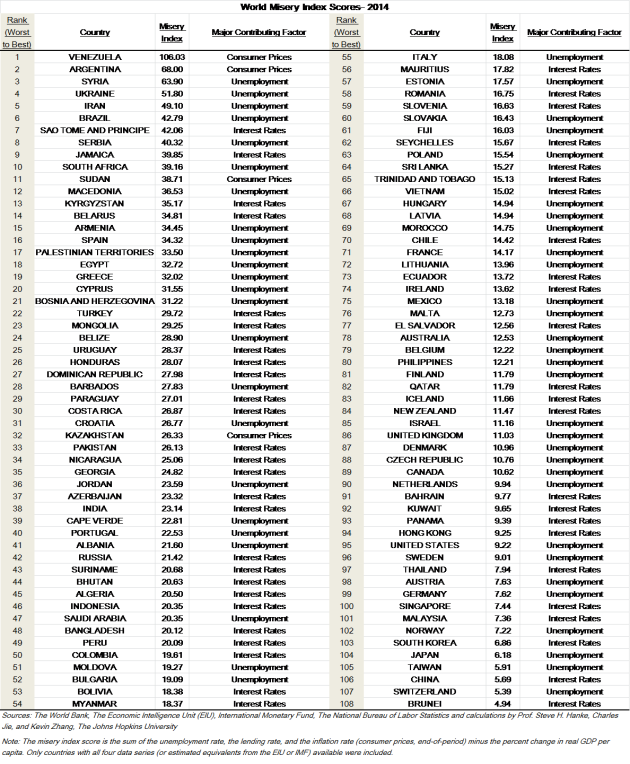