Three California state senators have been arrested this year.

As the graphic below shows by the Sacramento Bee, the California Senate arrest rate is higher than any of California’s 25 largest cities and more than twice the statewide rate. The Senate’s arrest rate would be even higher if State Sen. Roderick Wright was included, but he was arrested last year, and ultimately convicted this year of perjury and voter fraud.

Where is anchorman Ron Burgundy when you need him: “Stay classy California Senate.” 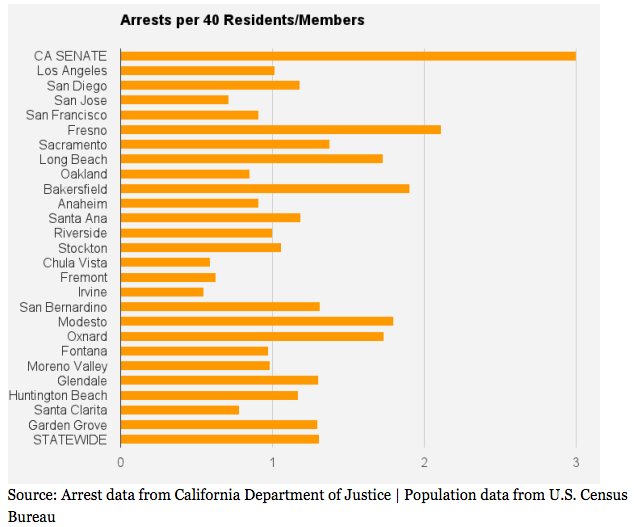