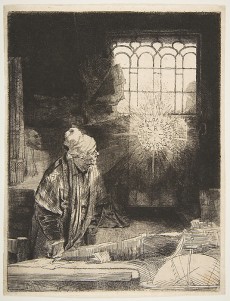 In 2006, Democrats swept into power in both houses of Congress, on a platform promising to extract the US from George W. Bush’s increasingly unpopular intervention in Iraq. Their strategy, as led by House Majority Leader Nancy Pelosi, was to insert wording into the defense appropriation bill calling for withdrawal, thereby leaving President Bush with essentially no choice but to sign it.

Meanwhile, Bush had been following the earlier Reagan strategy of allowing the real minimum wage to gradually wither away through inflation, by letting it be understood that any attempt to increase its nominal value would meet with a veto. As a result, the nominal federal minimum wage had stood unchanged at $5.15 ever since 1997.

In addition to wanting to end the war, Democrats were anxious to use their new power to raise the minimum wage after this long hiatus. So early in 2007, Pelosi and Bush struck a “win-win” deal, in which the Democrats would sell out on their peace promise, provided the administration would at the same time sell out on its free market principles. On May 25, both bills were signed into law. See ”Congress Passes Increase in the Minimum Wage,” New York Times, 5/25/07.

The minimum wage bill increased the minimum to $7.25 by 2009 in three steps, a total increase of over 40%. In 2007 the old $5.15 minimum wage was practically a dead letter, and few imagined that even a $7.25 minimum wage would ever have much effect. However, the new minimum acted like a hidden IED, waiting to blow up as soon as it was tripped by a passing recession that cut into the demand for labor. By 2009, the new minimum was binding on about 5% of the labor force, and teen unemployment had surged to over 25%. In exchange, US combat troops got to stay in Iraq for three additional years.

Today, just as the economy is finally beginning to recover, Democrats are anxious to raise the federal minimum wage another 40%, to $10.10 per hour. According to a new Report by the Congressional Budget Office, such an increase would indeed raise the incomes of approximately 16.5 million low-wage workers, but only at the expense of approximately 500,000 even less fortunate workers who will not be employed at all.