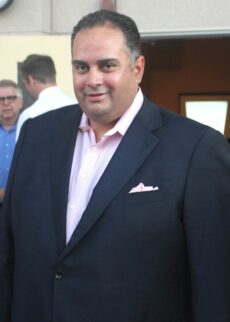 From the “you-can’t-make-this-stuff-up” file, California Assembly Speaker John A. Perez (D-Los Angeles) is sponsoring a bill to create an Office of Farm to Fork. AB 2413, which was introduced February 21, would create a new office within the California Department of Food and Agriculture to promote “healthy food access,” especially in “underserved” areas, and seek “partnerships” between public health agencies, farmers, schools, nonprofits, and others.

The price tag for this new bureaucracy has not yet been determined, but be assured it will be in the millions to expand government agencies, and subsidize NGOs, farmers, and retailers. Hopefully the legislature will kill this unnecessary bill.

Most frightening, however, is that Perez wants to be California’s next Controller, the state’s chief fiscal watchdog.

When announcing his candidacy for Controller, Perez said:

If Perez thinks an Office of Farm to Fork is a “smart investment decision” worthy of taxpayer support, you can be certain that as Controller he will mismanage public funds and treat taxpayers with disdain.