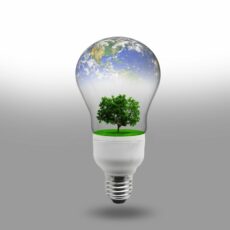 California is ranked second in a nationwide scorecard on energy efficiency released yesterday by the American Council for an Energy-Efficient Economy, a D.C.-based group that works to advance efficiency efforts.

Massachusetts retains the top spot for the third year in a row.

Andrew McAllister, a member of the California Energy Commission, attributed California’s second-place ranking to its strong efficiency standards on home appliances and new construction, utility rebate programs that encourage people to replace inefficient appliances, and the increasing number of electric vehicles. But all of this is nonsense and lies that energy officials tell over and over to justify ever-more burdensome and heavy-handed regulations.

As I discussed in my Forbes commentary in July, California’s lower than average electricity use since the 1970s is due to geography and demographic factors that are not replicable in other locations. Research shows that factors other than regulation should get the credit.

Economist Arik Levinson of Georgetown University, who analyzed 46 years of statistical data, concluded: “Even without California’s regulations, its residential electricity consumption per capita would have been falling steadily relative to other U.S. states for the past 40 years.”

Levinson further concluded that California’s experience provides “no lessons for other states or countries considering adopting or tightening their energy-efficiency standards” because California’s “conservation” is actually due to geography and demographic factors that are unique to California and not replicable in other locations.

Despite the scientific evidence, California energy officials such as Andrew McAllister continue spewing lies to advance their power and political agenda.