Life, Liberty, and the Threat of Abortion Ambivalence 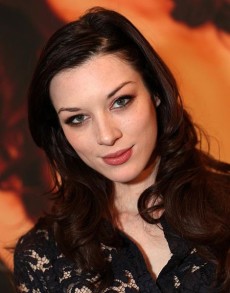 For some, pornography is dismissed as an unfortunate side effect of liberty, an inevitable outcome of a tolerant society or one that provides strong legal protections for individual expression. And, in the spirit of full disclosure, my own attitudes toward sex are much more conventional, preferring the intimacy of a deep personal relationship than putting these acts on public display in the fraternity house, a live Internet feed, or the now more mundane media of film.

As a libertarian, I defend the legal right, and publicly articulate our moral obligation, to allow people to live their own lives so long as their activities do not directly infringe upon the rights and liberties of others. I don’t really comprehend Stoya’s professional choice, but in a free society I don’t have to agree or even accept it; I recognize and support her freedom as an individual to pursue her own goals, dreams and aspirations independently of my own desires and preferences. I also recognize that fundamental to personal liberty is the freedom for individuals to make unwise professional choices or adopt unhealthy lifestyles. That’s the essence of living in a free society.

Moreover, Stoya appears to be a self-actualizing human being. She actively manages her career and is willing to walk away from a contract when it doesn’t serve her own interests. This is a strikingly mature approach to negotiation and bargaining for someone in their twenties, but it reflects the cold reality of business contracts. Kudos and more power to her. She recognizes her own value and isn’t willing to trade down. She intuitively recognizes the value of capitalism. Even better for liberty.

So, what’s my problem here?

Stoya stumbled when her host asked her about contraception and her public acknowledgement that she had had three “chemical” abortions. While the right to choose is fundamental to a free society, I am a libertarian with deeply rooted Catholic Christian beliefs and was dismayed by her failure to grasp the larger importance of abortion as the ending of a human life. In fact, she deflected the issue entirely, focusing on her own troubles with hormonal-based contraceptives and overzealous state regulation mandating condom use in the industry. Both these concerns are valid. The porn industry has exceedingly low rates of STDs and HIV compared to the general population, showing once again private markets can regulate themselves quite well without state intervention. Stoya’s personal problems with hormonal birth control are also not unique, and a common problem for millions of women.

That said, the casual use of abortion—the killing of a human life, even if in embryonic or fetal form—as birth control represents a fundamental threat to a free society. At some point, liberty rests on a fundamental recognition that human life is valuable in an objective sense, independent of individual judgments about worth; the value of human life is not relative. The right to life is, quite simply, inalienable, for all humans, not just the ones we choose to protect through the legal apparatus.

From a public policy perspective, and in a nation of laws administered by a secular state, the protection of human life in the form of an embryo or fetus is problematic. A fetus is not capable of being actualized in even the most common sense of the word—they are biologically dependent on their mother. The point in which a human life becomes legally protected is not precise or even scientifically determined. Most people agree that a newborn has fundamental right to life, even if a fetus does not. Drawing the line, at some point, is a moral one, not a scientific one. In a free society with a secular state, that protection is properly placed on the mother and father, not the State.

But this raises a larger question: Can a free society be built or sustained on a culture of picking and choosing who earns the privileges of life? Here’s where Stoya—the articulate, reflective, and mature porn star—reflects a larger cultural ambivalence among teens and many Millennials with significant implications for liberty. According to the Guttmacher Institute, more than half of abortions are for women in their twenties. Forty-three percent of unintended pregnancies end in abortion. In Washington, DC, the percentage is a whopping 64 percent. In New York City, 40 percent of pregnancies are aborted. My guess is the abortion rate for unintended pregnancies for Stoya (and many other Millennials) is 100 percent. Abortion is, in effect, population control.

I have a hard time seeing how a casual approach to abortion and the value of human life furthers the respect for individual liberty that is essential for building a society of free, self-actualizing people. People like Stoya. And Stoya’s inability to grasp this fundamental concept—despite her maturity, thoughtfulness, and self-reflective nature—is a frightening prospect for the future of liberty.