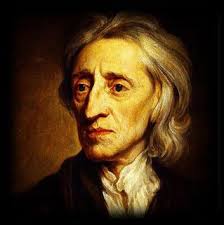 I can understand why someone might embrace classical liberalism. I did so myself more than forty years ago. People become classical liberals for two main reasons, which are interrelated: first, because they come to understand that free markets “work” better than government-controlled economic systems in providing prosperity and domestic peace; second, because people come to believe that they may justifiably claim (along more or less Lockean lines) rights to life, liberty, and property. These two reasons are interrelated because the Lockean rights provide the foundation required for free markets to exist and operate properly.

Like Locke, classical liberals recognize that some persons may violate others’ rights to life, liberty, and property and that some means of defending these rights adequately must be employed. On this basis they accept government (as we know it), but only with the proviso that the government must be limited to protecting people against force and fraud that would unjustly deprive them of life, liberty, and property. They believe that government (as we know it) can perform these functions, whereas private individuals without such government would be at the mercy of predators and hence that their lives would be, as Hobbes supposed, solitary, poor, nasty, brutish, and short. Nobody wants that.

So, to repeat, I can understand why someone might become a classical liberal. However, as the years have passed, I have had increasing difficulty in understanding why someone would remain a classical liberal, rather than making the further move to embrace genuine self-government in place of the classical liberal’s objective, “limited government.” My difficulty arises not so much from a dissatisfaction with government’s being charged with protecting the citizens from force and fraud, but from a growing conviction that government (as we know it) does not, on balance, actually carry out these tasks and, worse, that it does not even try to carry them out except in a desultory and insincere way—indeed, as a ruse.

Truth be told, government as we know it never did and never will confine itself to protecting citizens from force and fraud. In fact, such government is itself the worst violator of people’s just rights to life, liberty, and property. For every murder or assault the government prevents, it commits a hundred. For every private property right it protects, it violates a thousand. Although it purports to suppress and punish fraud, the government itself is a fraud writ large—an enormous engine of plunder, abuse, and mayhem, all sanctified by its own “laws” that redefine its crimes as mere government activities—a racket protected from true justice by its own judges and its legions of hired killers and thugs.

Confronted with these horrors, the classical liberal takes a deep breath and resolves to seek “reforms” of government’s “misguided” and “counter-productive” actions and policies. However, the dedicated classical liberal steadfastly refuses to recognize that such government’s actions are anything but misguided; indeed, the government acts to attain its true objectives ever so directly, and it quickly discontinues anything that fails to enrich and empower its own leaders and their key cronies in the so-called private sector (which is something of a myth, given the government’s pervasive interference in it). The government’s actions and programs are not at all “counter-productive,” once we recognize that its declared objective of serving the general public interest was never meant to do anything but serve as a smokescreen for its robbing and bullying the general public. What economists and others call “government failure” is nothing of the sort, but only a failure to do what in reality the government’s movers and shakers never had the slightest intention of doing in the first place.

In sum, the classical liberal who, in the face of these realities, clings to the myth of Lockean limited government would seem to be a person irrationally devoted to sheer wishful thinking. Dreams have their place in human life, no doubt, but the dream of a government (as we know it) that confines itself to its Lockean functions and stays so confined is a dream that never was and never can be realized. At some point, people must open their eyes to this emperor’s nakedness—and, indeed, to the emperor’s viciousness, brutality, and utter, systematic injustice. Otherwise, classical liberals do little more than provide objects of amusement for the cynical men and woman who control the government and employ its powers in the service of their own aggrandizement and aggressive caprice.