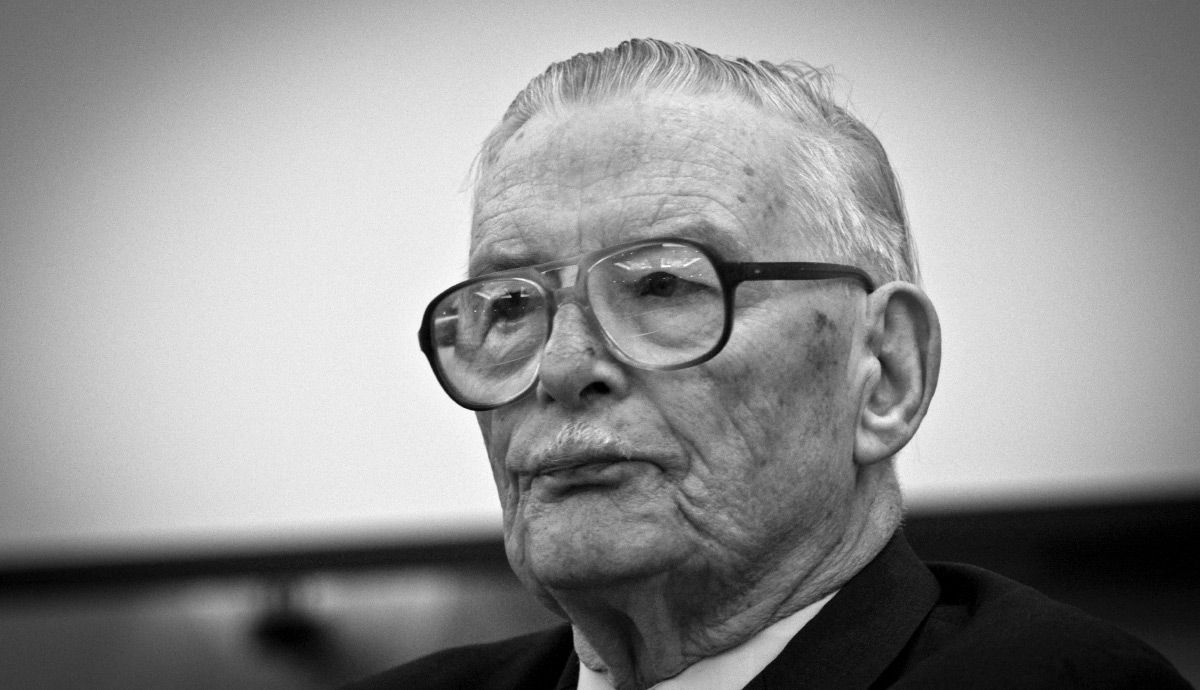 James M. Buchanan, who was awarded the Nobel Prize in economics in 1986 for his pioneering work that developed the field of public choice, passed away on January 9, 2013, at age 93. Buchanan’s work has had a major influence in academic economics and beyond, and he was one of the twentieth century’s leading academic promoters of the problems that come with big government.

Buchanan was an academic his whole career. After serving in the navy during World War II he completed his Ph.D. in economics at the University of Chicago in 1948 and was on the faculty at Middle Tennessee State, Florida State, and the University of Virginia before moving to Virginia Tech where he was a founder of the Center for Study of Public Choice in 1969. He moved to George Mason University in 1983 where he finished his academic career, never fully retiring.

The field of public choice that Buchanan developed is the application of economic analysis to government decision-making. Economists too often perceive problems with the way that markets work, and then advocate government intervention to solve those problems, assuming that government will take the optimal action. Buchanan’s approach was to assume that government decision-makers acted like everybody else, responding to the incentives they face, and taking account of their own interests. On a day-to-day basis we recognize this — that politicians act in ways that enhance their chances of being reelected, that bureaucrats act in ways that enhance their job security and that provide them with discretionary time and income — yet both academics and policy analysts often overlook these issues and assume that if they recommend what they think is the optimal policy, that government will carry it out.

Buchanan’s academic writings took a different approach from the beginning. His earliest academic work in the late 1940s looked at the incentives that faced government decision-makers, and assumed that just like everyone else, they would be motivated by those incentives, and would not necessarily act in the public interest.

Buchanan’s support for market allocation of resources came from looking at the problems with government resource allocation. While many supporters of free markets base their support on the virtues of the market, Buchanan’s public choice analysis took a different approach by giving a realistic assessment of what could be expected from government action. Rather than assuming government would act in the public interest, Buchanan analyzed the way government actually did work.

Buchanan’s work was so influential because it was not ideological, or founded on a bias in favor of markets. He was undertaking an academic analysis to see the way that government actually would work. His ideas caught on among academics, and it is now common (but regrettably, not common enough) for economists, political scientists, and policy analysts to take a public choice approach to analyze public policy.

Buchanan’s passing has hit me personally because he was the director of my doctoral dissertation, which I completed in 1976. I had the good fortune of being able to keep up with him, and to see him on a regular basis, for the next several decades, although I saw less of him over the past seven or so years as he eased into retirement.

Buchanan was a great teacher and a wonderful mentor. He was not a dynamic speaker in the classroom, but was meticulously organized and put together logical lectures so that by the end of the lecture, you had to be convinced of the ideas he was passing along. He was always a bit of a maverick in the economics profession, but he never presented his ideas that way, in lectures or in his many published works. This was the case to the extent that as a Buchanan student, it took me a few years to recognize how revolutionary his ideas and methods of economic analysis were. I learned a lot in the classroom from him, and have continued to learn from his written work.

I note his passing with sadness, and will always proudly refer to myself a student of James M. Buchanan.