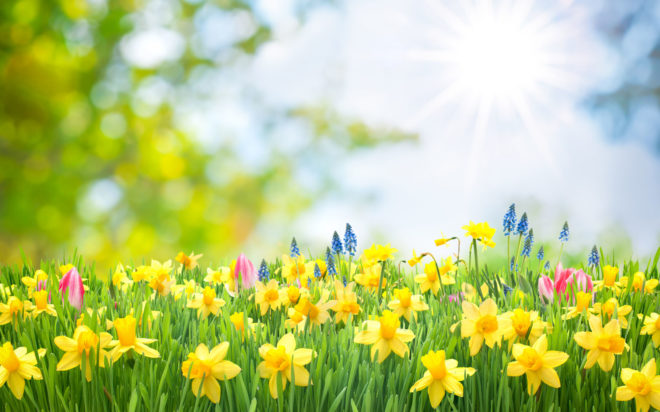 First posted last Easter, here again are my contemplations on the meaning of Easter:

This week is the most holy for Christians, as we commemorate Jesus’ trials, scourging, crucifixion, and triumph three days later over the Roman Empire’s most fearsome weapon: death.

Christians and non-Christians alike can take many worthy lessons from these events. As occupying forces, the Romans were terrified of violent insurgents, especially during the Passover season when Jerusalem was full to overflowing. Key Jewish authorities operating as Roman collaborators, meanwhile, were eager to frame a charge against the devoutly Jewish Jesus, before his revolutionary teaching inflamed the people so much that they caused a riot. So they brought him before the local Roman ruler, Pontius Pilate, on false charges. Determining there was no real case against him, but wishing to keep the peace at all costs, Pilot eventually acceded to the crowd’s insistence and convicted Jesus on hearsay.

So then Pilate took Jesus and scourged him.

According to the Cambridge Bible Commentary on the New English Bible:

Scourging was the Roman method of examining an alien or a slave—not a punishment, but a means of finding out the truth or extracting a confession.

In other words, torture as an enhanced interrogation technique. Christians might then well question support of a government purporting to represent us that utilizes the very methodologies of those who killed our Savior. And all of us ought to question the use of a method proven for thousands of years now to be neither efficacious nor a winning strategy.

At his crucifixion, Jesus reinforced perhaps the most important lesson of His teachings, when he famously said:

Father, forgive them; for they know not what they do.

For the full impact of this statement, we need to fast-forward to Stephen, the first Christian martyr following Jesus’ ascension.

Stephen had delivered a blistering speech in his own trial—also on trumped-up charges—attacking the Jewish leadership that had sold out to the Romans. Angered, they stoned him. Just before he died, Stephen cried out:

Lord, do not hold this sin against them.

As the famed New Testament scholar and Chair in New Testament and Early Christianity at the University of St. Andrews, N.T. “Tom” Wright notes, in Acts for Everyone: Part One, this was incredibly remarkable:

There had been many ‘martyrs’ during the last few centuries of Jewish history before the time of Jesus. . . . One after another (the most striking account is in 2 Maccabees 7) they not only bear witness to their own faith, particularly in the resurrection they believe they will enjoy on the last day; they also threaten their torturer with dire punishments to come. ‘Do not think,’ says one, ‘that God has forsaken our people. Keep on, and see how his mighty power will torture you and your descendants!’ That is utterly typical of many Jewish stories of people being tortured and killed for their belief and way of life.

And the extraordinary thing is that, even though the earliest Christians were all first-century Jews to whom that kind of response would have been normal and expected, none of them, going to their death, say anything like that at all. Stephen had just laid a pretty ferocious charge against the Jewish leaders in his speech. But when it comes to his own death, he shouts out a prayer at the top of his voice, as rocks are flying at him and his body is being smashed and crushed, asking God not to hold this sin against them. . . . It is the up-ending of a great and noble tradition. If we knew nothing about Christianity except the fact that its martyrs called down blessings and forgiveness, rather than cursing and judgement, on their torturers and executioners, we would have a central, though no doubt puzzling, insight into the whole business.

There is of course only one explanation. They really had learned something from Jesus, who made loving one’s enemies a central, non-negotiable part of his teaching (not, as so often in would-be ‘Christian’ society, something one might think about from time to time but not try very hard to put into practice).

So there we have it: a direct order to love our enemies. And there are many remarkable modern examples of Christians doing so: Desmond Tutu’s Truth and Reconciliation Commission following the fall of Apartheid; the ministry of survivors of Cambodia’s Killing Fields to the very Khmer Rouge soldiers who tortured them and killed their families; and more.

As the beneficiaries of the greatest blessings in the history of mankind, are we not most especially charged with following this “non-negotiable” order?