A student of mine asks about annual, mandatory car inspections. In Pennsylvania, they’re required.

In states like Kentucky or Indiana (my home state), they’re not. To my eye, the distribution of cars looks roughly the same. Yes, you’re more likely, in Indiana, to see an outlier that looks something like this: 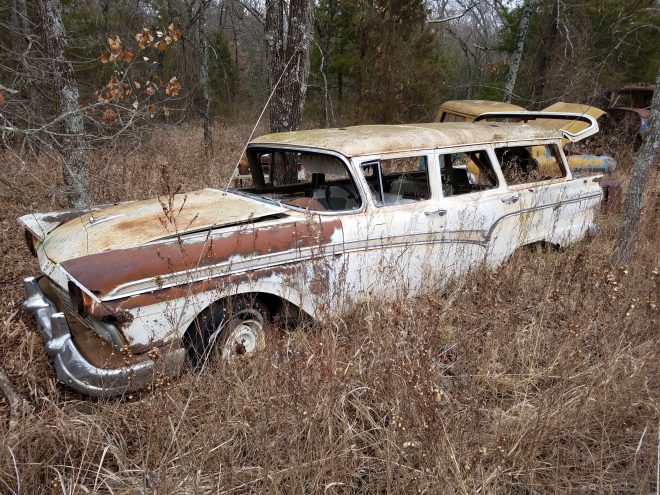 Economists have written extensively about price floors, spilling much less ink on quality floors. The most basic point to make is that a quality floor’s level is necessarily arbitrary. Don’t the good citizens of Pennsylvania deserve even better, in their automobiles, than the state government has legislated? I see so many, myself included in this number, driving around in cars that fall short of the luxuries provided by Lexus and Mercedes (and why stop there, either?).

To put it this way drives home the point that quality floors truncate the quality distribution that exists in markets. It also highlights that quality floors are regressive. They harm the poor disproportionately. What is seen is that the average car in states with vehicle inspections is of better quality. What is unseen is the foregone goods that the poor are incapable of consuming in the presence of mandatory vehicle inspections, which raise the quality of their cars. As Alchian puts it:

Lower-income people tolerate more pollution and lower-quality living space in order to have more food, furniture, and health care. Poorer people buy cheaper used cars. They cause more pollution. But they prefer that to having better cars and less of other goods. All behavior involves and reflects choice among trade-offs.

In fact, it is difficult to think of goods—at least not those sold in relatively free markets—that don’t exhibit a large quality variance.

Food, clothing, shelter, education, transportation, and entertainment all exhibit enormous variance between the highest and lowest quality items in these categories. A bottle of table wine can be purchased for a few bucks. Then there’s this—wine from Burgundy at ~$45,000/bottle.

By contrast, government involvement in the provision of a good tends to reduce variation in quality—at both tails of the distribution.