While Governor Gavin Newsom’s $17 billion cash payout intends to deliver that benefit, he also clearly wants Californians to spend it on food and fuel.

NEW: Millions of Californians will be receiving up to $1,050 as part of a NEW middle class tax rebate.

That’s more money in your pocket to help you fill your gas tank and put food on the table.

Does anybody seriously think the prices Californians pay for these things will fall because of Governor Newsom’s new inflation stimmy check?

The Answer Is No

It takes a simple thought experiment to explain why not. The state of California hasn’t done anything to lower the price of either food or fuel. Instead, it’s dropping cash on California’s households, who will still pay the full prices being charged to them.

But with their incomes subsidized by the state government, Californians can now afford to consume more food and fuel than they would without the stimmy checks. That’s a recipe for more inflation. And not just in California. With these goods in short supply, prices will rise everywhere to compensate for California’s newly subsidized demand.

Here’s a quick reality check focusing on fuel prices. President Biden has released one million barrels of oil per day from the nation’s Strategic Petroleum Reserve since March 31, 2022. In effect, this action subsidizes fuel supply in the U.S., lowering its cost to consumers. This additional supply makes fuel today cost between 10 to 35 cents per gallon less than it would without the scheme.

Here’s an Energy Information Administration chart showing how regular gasoline prices have changed since it started (the top gray line is California): 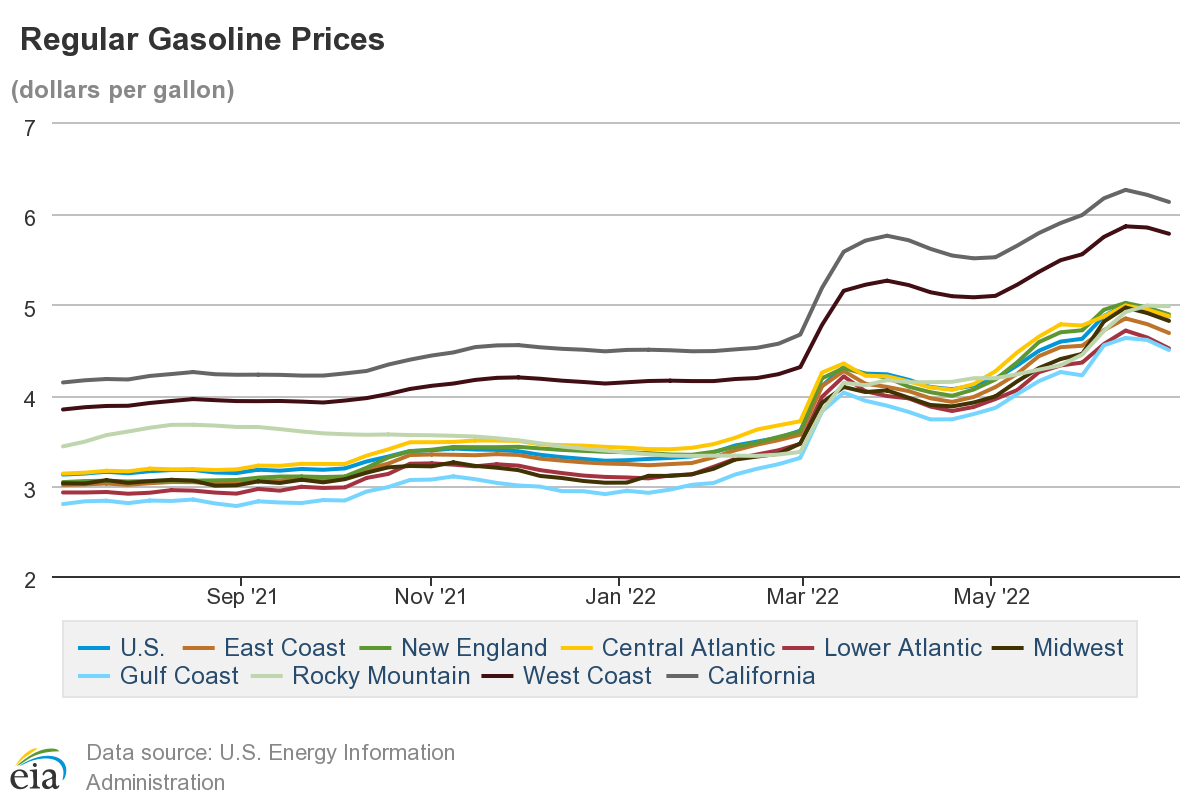 President Biden’s scheme failed to reverse rising fuel prices. They have continued to inflate despite the program lowering fuel costs below what they might otherwise be.

Governor Newsom’s inflation relief program won’t do anything to reduce prices. At all. Anywhere. If anything, they’ll add to inflation instead. The best that can be said of the program is that California’s politicians won’t be able to spend that money on what they would rather buy instead.