The Beatles: Get Back Is Long Overdue Correction to Beatles Narrative 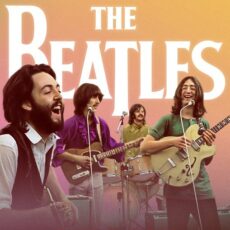 Famed director Peter Jackson’s (They Shall Not Grow Old, the Lord of the Rings trilogy, The Hobbit trilogy) epic documentary The Beatles: Get Back dropped on DisneyPlus during Thanksgiving weekend. It’s a feast for Beatles fans. Unfortunately, for those not immersed in everything Beatles, the nearly nine-hour, three-part documentary series is a slog.

With a little more context, however, even non-Beatles fans can extract a great deal of insight from this film footage of the most commercially successful and iconic band of the last seventy years.

Jackson has achieved an admirable and historically important feat. Painstakingly editing more than 150 hours of previously unknown audio and video tape, Jackson and his team have corrected a persistent and inaccurate narrative surrounding the most important pop music band of the last fifty years.

The conventional narrative, now upended, claims the Fab Four were a bickering, dysfunctional family of artists. Their feuds, many of them seemingly petty, were putting each at each other’s throats. Drummer Ringo Starr was ignored. George Harrison’s talents were stifled. John Lennon’s music, with the aid of “bad girl” Yoko Ono pushed him into increasingly exotic and esoteric musical forms. Paul McCartney’s penchant for control stifled the entire band.

As attitudes and egos clashed, their art suffered. Eventually, these personal (and personality) clashes led to their official break up in May 1970, with Paul McCartney typically taking the fall.

Jackson’s documentary adds layers and nuance that help correct this narrative and challenge pop cultural shibboleths. In fact, while not avoiding the fissures that were evident at the time, Jackson’s artful editing shows the Beatles as a remarkably creative and productive band.

From January 3rd to January 31st, the band recorded an astounding 406 songs according to The Beatles Bible. Only a handful made it out of the studio onto an album or as a single. Many of these songs were jam sessions, short ditty’s, and covers of other artists. But others, such as George Harrison’s “All Things Must Pass” or Paul McCartney’s “Another Day,” were destined to become major artistic contributions in their own right after the band’s break up. 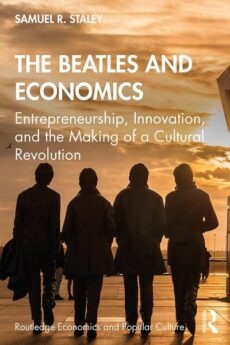 For many, all this activity might seem like just artists playing around, or wealthy musicians simply burning valuable studio time. In fact, as I discuss extensively in my book The Beatles and Economics: Entrepreneurship, Innovation, and the Making of a Cultural Revolution, a more discerning entrepreneurial lens reveals a much more profound innovation process. It also provides important insights into the value of “human capital”—the talents that when used well lead to innovation and improved productivity.

Unfortunately, those not steeped in Beatles lore might find this nuance and layer hard to see. A little background might help tease out some of these layers, and provide deeper context for more fully understanding the dynamics in play during these brief weeks in 1969.

First, the Get Back sessions were a movie recording experiment gone wrong. The idea, conceived by McCartney, was to invite cameras into the studio to video tape their sessions. This would provide a glimpse into the recording process, culminating in a major live performance. The cameras, however, became an intrusion and obstacle to their creative process. This awkwardness is evident in the dialogue captured on tape as well as frequent, furtive glances cast at the cameras by bandmates. Ironically, McCartney’s unease is most apparent. When the band moved to their traditional recording home in the basement of Apple Studios on Abby Lane, they became noticeably more relaxed, creative, and collaborative.

Harrison Not The First or Last to Leave The Band

Second, disagreements were signs of growing pains within the band, more than personality clashes. This is most evident in Get Back when George Harrison, feeling neglected and unheard, leaves the band. Paul McCartney and John Lennon discuss the need to give George more respect in a secret audio recording. But it’s clear Harrison is feeling constrained by the band.

Importantly, this was not the first time a member of the Fab Four had left the Beatles. The White Album sessions were arguably more contentious and divisive. The band was recording less as a group and more as solo artists. At one point, frustrated by McCartney’s, Ringo Starr infamously left the group for nearly two weeks. Lennon, McCartney, and Harrison enticed him back into the studio. Moreover, the final break up was instigated by John Lennon in the fall of 1969 after the release of their Abby Road album. McCartney, ironically, is the one who consistently tried to keep the band together.

Third, the Beatles creative process even in the latter years was marked by collaborative performance and experimentation in the studio. What may seem like unfocused jam sessions were in fact part of a creative process. This is seen vividly in at least three songwriting arcs in the documentary.

The first is the writing and finishing of the titular song “Get Back.” What starts out as a raw rock guitar song ends up a pop classic with the brilliant keyboard artistry of Billy Preston (who is also given songwriting credit).

The second example, and more subtle, is McCartney’s crafting of the iconic song “Let It Be.” As band mates and others are discussing business and logistics, McCartney can be heard at the piano working out chords for the song. Over the course of the film’s three major segments, this song becomes fleshed out into the classic that is the fifth most covered song in the Beatles canon.

A third example is the notable collaboration with Ringo Starr as he builds his most popular contribution to the canon—”Octopus’s Garden.” Ringo has the Lyrics and basic melody, but George Harrison helps build and shape the chord progressions and elements that make this song a signature contribution.

Using the Lens of Art to Understand Collaborative Innovation

A more astute way of looking at the tension in the studio is through the lens art. Tensions and disagreements are inevitable as these four highly experienced, extraordinarily talented, and creative personalities were ready to chart their own direction through their own voices. What is remarkable is the amount of high quality pop music created despite these tensions. As I discuss extensively in The Beatles and Economics, the band was simply too constraining for the four artists. It’s break up was inevitable—and good for popular music. (See also my Townhall Finance column.)

The Beatles: Get Back is not a masterful documentary. It is a culturally important and significant correction to the historical narrative about what is arguably the most important popular music act of the last seventy years.

Unfortunately, the film itself is constrained by the audio and footage available to the filmmakers. Thus, the corrected narrative, while valuable, remains incomplete.

For those interested in understanding more about this creative process, the following podcasts explore the entrepreneurial lens even more more:

Samuel R. Staley is a Research Fellow at the Independent Institute and Director of the DeVoe L. Moore Center in the College of Social Sciences and Public Policy at Florida State University. He is a contributing author to the Independent books, Property Rights and Housing America.
Beacon Posts by Samuel R. Staley | Full Biography and Publications
Entrepreneurship Get Back Innovation Peter Jackson the Beatles
Comments
Before posting, please read our Comment Policy.
© 2022 INDEPENDENT INSTITUTE, 100 SWAN WAY, OAKLAND CA 94621-1428 | (510) 632-1366 | (510) 568-6040 FAX | SEND EMAIL