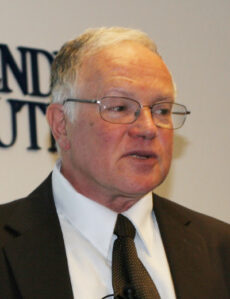 I met Fred in the 1990s, through a shared interest in the voluntary provision of collective goods. In 1996 I joined the faculty at Santa Clara University, and soon thereafter worked with Fred, Henry Demmert, Larry Iannaccone, David Friedman, and Bob Finocchio in a campus institute. Fred was a great friend, colleague, and campus partner during my years at Santa Clara. For decades he was immersed in Bay Area free-market, libertarian, and Georgist circles, teaching at SCU, San Jose State, Cal State-East Bay, and elsewhere. He was also a good friend of the Independent Institute in Oakland. He lived in Berkeley.

Fred and I co-edited the book The Half-Life of Policy Rationales: How New Technology Affects Old Policy Issues, about how technological progress often dissolves the rationale put forward for government intervention. The rationale grows flimsier than ever, but the intervention persists, and textbook rationales die hard.

And when I started Econ Journal Watch, Fred was a core partner, working with me, together at Santa Clara University. Here’s a photo from a 2003 planning meeting.

Fred’s help in EJW was vital. He contributed an article that I regard as the go-to explanation of the ground-rent—or “geo-rent”—tax reform. I’m reluctant to talk it up because the coercionists would only add it atop current confiscations. But Fred persuaded me that it is the least-bad tax. The article nicely explains the idea and its comparative merits. Adam Smith liked the idea, too!

Fred wrote a great economics dissertation at George Mason University under the direction of Richard Wagner, and it became Public Goods, Private Communities: The Market Provision of Social Services (Elgar, 1994), a work with 600 Google Scholar citations. The book examines the “public good” rationale for the governmentalization of goods and services, exposes “market-failure” cant, and tells of how private parties provide collective goods and services in real life, voluntarily.

Foldvary had great teachers at George Mason in Richard Wagner, Charles Rowley, and others. Still, he was an autodidact. He let all manner of human experience inform his scholarly judgment, and all manner of moral philosophy. In Public Goods, Private Communities, he draws on Adam Smith’s The Theory of Moral Sentiments to exposit the realities of voluntary community. Sentiment plays a role in his theorizing. Fred did not let his academic training incapacitate him.

Public Goods, Private Communities imparts a richness to the idea of territoriality. There is a lot to territoriality that relates to issues of problems of excluding non-payers. It is not merely a matter of travel costs, but also of local knowledge and of feeling welcomed and liked. A sense of place involves a spirit of propriety. It’s not about clubby homophily but rather that free riders and freeloaders are disliked. “Nature, when she formed man for society, endowed him with an original...aversion to offend his brethren. She taught him to feel...pain in their unfavourable regard. She rendered...their disapprobation most mortifying and most offensive” (Smith, TMS). Fred brought moral facts into his theorizing. 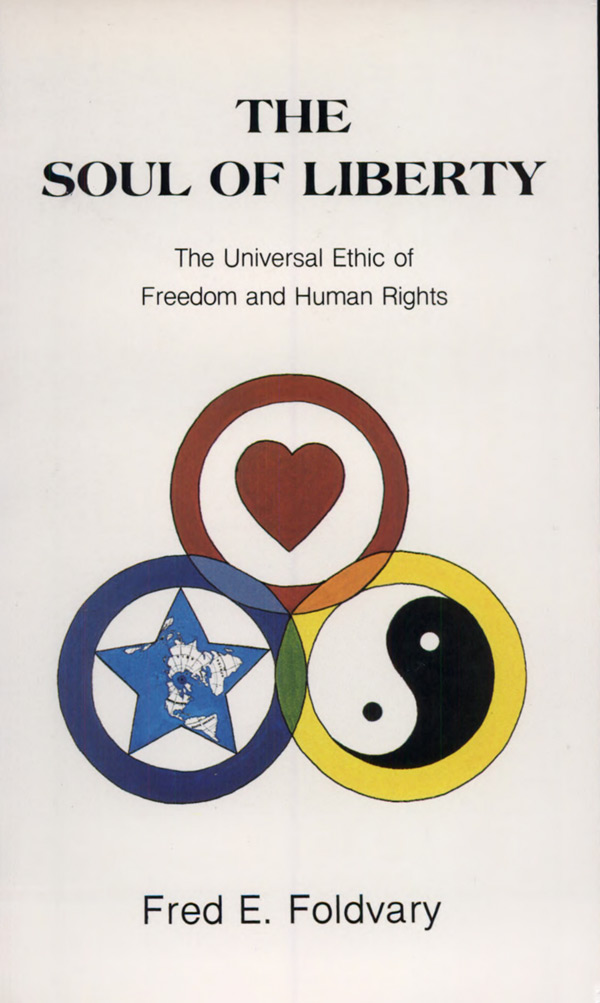 Before his studies at George Mason, Fred had worked as a computer programmer. But it seems he had always been the intellectual and autodidact. The extensiveness of Fred’s thinking showed early, in a little-known book in ethics and intellectual history, The Soul of Liberty: The Universal Ethic of Freedom and Human Rights, published in 1980.

The Soul of Liberty is an ambitious and joyous statement of ethics. It was written before Fred became immersed in economics. When he did, he identified especially with Georgism and Austrianism. He worked closely for many decades with the Robert Schalkenbach Foundation. His friends and colleagues there produced a touching video remembrance of Fred.

In 1997 Fred published “The Business Cycle: A Georgist-Austrian Synthesis” in the American Journal of Economics and Sociology. In it, he wrote: “The 18-year

cycle in the US and similar cycles in other countries gives the geo-Austrian cycle theory predictive power: the next major bust, 18 years after the 1990 downturn, will be around 2008, if there is no major interruption such as a global war.” Pretty good call more than a decade before the fact! Furthermore, as Mason Gaffney explains, “in Spring 2007, well before the crisis hit, Fred published a booklet entitled The Depression of 2008” (link).

Fred was ever creative, writing copiously for Progress.org and producing other significant books including Dictionary of Free-Market Economics and Beyond Neoclassical Economics: Heterodox Approaches to Economic Theory.

Fred was 75 when he died in June 2021. He was a good friend and colleague to me. He was an independent spirit with an independent mind. He was a theist but so far as I know did not go to services. As a supporter of liberty, he was soft-spoken, thoughtful, learned, and dedicated. In the pursuit of wisdom, he was earnest but always playful, too. He taught thousands of students in classrooms. He was liked by everyone who knew him or worked with him.

Thank you, Fred, it’s an honor to have shared time together in friendship on this rock.