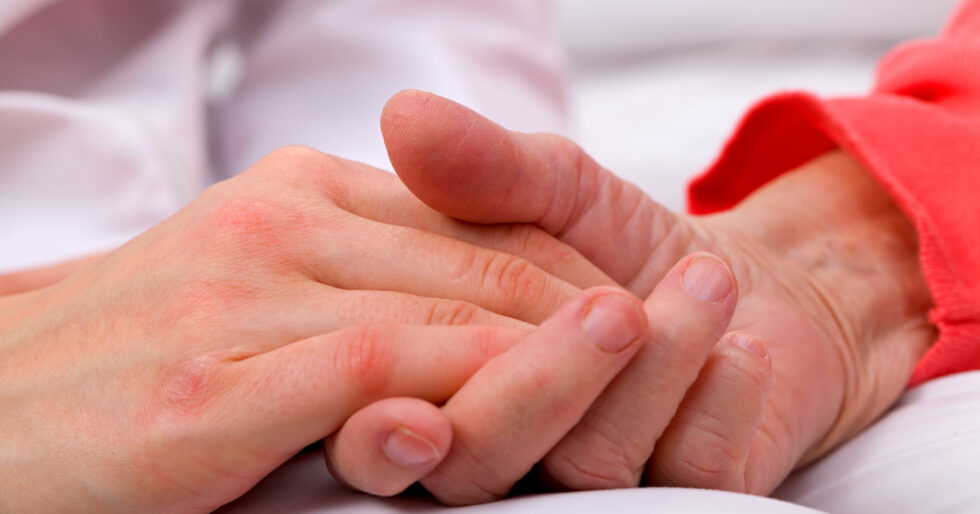 Our Living Hell with Cancer: What To Take from It

[The following piece was written in observance of World Cancer Day 2020. –Ed.]

March 6 of this year marks the 14th year of my wife’s passing from cancer. I want to tell readers how I, at 82, want to die: I want to be sitting on my couch, having a glass of vodka, watching Fox News, then keel over dead. The following story shows why.

She lived 23 months—the first year reasonably healthy, though fatigued; the second year was a living hell. I was her caregiver for the full 23 months. In her final year, my caregiving duties were consuming all day and often at night. Cancer had spread to her neck and throat, sealing her vocal cords. She could not talk, swallow, or breathe and had to be given a tracheotomy. I had to learn to run a tube down her throat, deep into her lungs to suction out the ever-present congestion. Because congestion could pop up often and at any time, I could not leave the house. She rang a cowbell when she was choking and couldn’t breathe. I also fed her through a stomach tube, gave her injections and morphine often both day and night. I had to sleep on the couch for a full year because she could only breathe and sleep sitting up in bed with lights on. Whenever I needed groceries, I would suction out her lungs, then fly to the nearby grocery store and back.

I was imprisoned in my own home. Her oncologist told me that she couldn’t believe I would take on the plethora of caregiving medical duties. But the thought of putting my precious, beloved, suffering wife in a nursing home seemed to be cruel and inhumane: her life was already a nightmare—and I should cast her aside in a nursing home to make her despondency even greater? No way. I learned to take caregiving in stride, even getting inured to it. Only once in two years did I curse my own non-life. She saw it, and wrote, “I wish I were dead.” I told her never to say that again. She didn’t. I have never watched so much television in my life; my wife didn’t even want me to go sit on my back porch, for fear of not hearing the cowbell.

She did get an experimental drug that extended her life for six months and eliminated totally her pain—otherwise, I often had to give her morphine every two hours.

I have had three different episodes with cancer, but only skin cancer. My Nordic ancestors bestowed on me the palest, anemic, freckled, blotchy skin ever imagined. I would go to my dermatologist every four months without fail to get my “barnacles,” as my doc called them, frozen off. He caught the three individual cancers early.

So what is my message to readers of this story? It’s obvious, but too many people still don’t listen to what they should do: Get regular medical checkups; become a reasonable hypochondriac; don’t shun doctors because you don’t want to get bad news—better to get such news early, especially relating to cancer, because early detection might save your life.