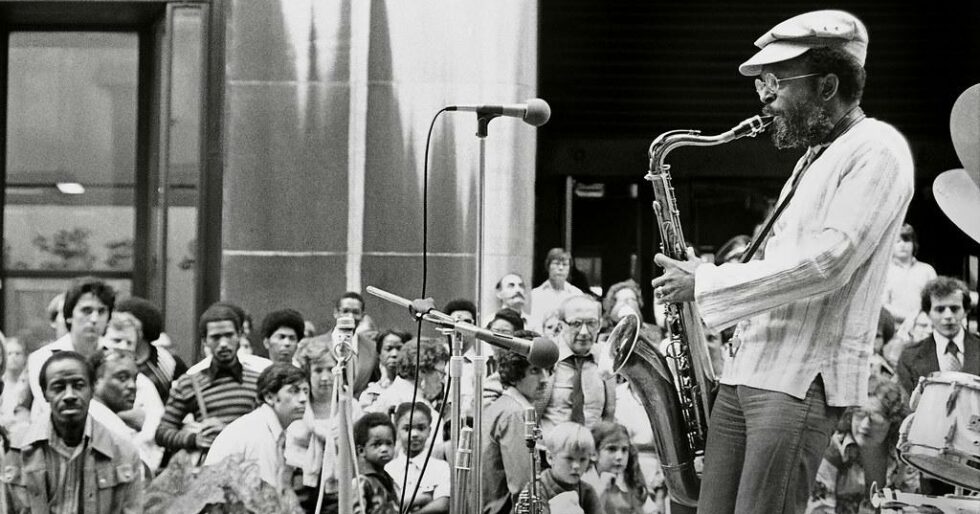 Saxophonist, composer, and arranger Jimmy Heath has passed away at 93, one of the last jazz artists going back to the 1940s. Heath played with many of the greats, including Miles Davis, James Moody, and John Coltrane, according to Heath a man capable of focusing on his musical difficulties. That was also true of Jimmy Heath and all jazz artists. Even the most naturally gifted must work hard to learn harmony and master an instrument. That done, in the midst of a performance, the artist must compose something that works rhythmically and harmonically, and is also hip and memorable. Only a few can do that consistently and make a career of it. Jimmy Heath was one of them, and the music he played has a political back story.

The creative freedom of American music fell afoul of the USSR, which after World War II banned jazz from the airwaves in its European colonies. The United States responded by broadcasting jazz on the Voice of America, and the State Department sent Dizzy Gillespie on tour with an all-star band. In a similar style, Poland’s Communist regime declared jazz inferior to the so-called high arts of ballet and opera. On a State Department tour in 1958, the oppressed Poles scrambled to hear Dave Brubeck.

Closer to home, Cuba’s Communist dictator Fidel Castro banned jazz as the music of Yankee imperialism and imprisoned trumpeter Arturo Sandoval for listening to the Voice of America. So Sandoval and saxophonist Paquito D’Rivera defected and wound up playing in Dizzy’s big band. Today these episodes are little known and in America jazz has been marginalized. So no surprise that Jimmy Heath never got the recognition he deserved.

His major ax was tenor, but Jimmy could shine on soprano as in this performance with Milt Jackson, James Moody and other greats. Jimmy Heath outlived Charlie Parker and John Coltrane, who passed away, respectively, in 1955 and 1967. The few jazz legends who remain include Benny Golson, 90, and Sonny Rollins, 89. When they join the great Jimmy Heath, their music will live on.

K. Lloyd Billingsley is a Policy Fellow at the Independent Institute and a columnist at The Daily Caller.
Posts by K. Lloyd Billingsley | Full Biography and Publications
Culture and Society Jazz Jimmy Heath
Comments
Before posting, please read our Comment Policy.