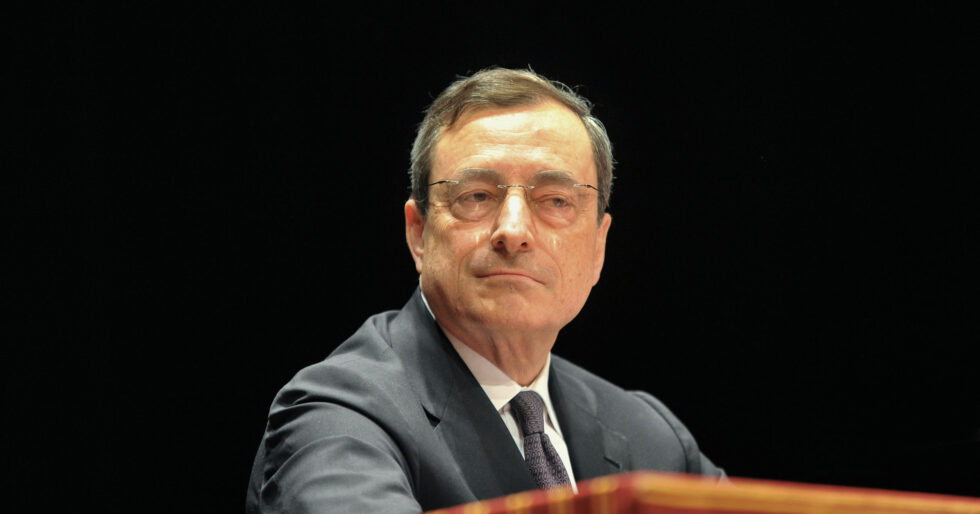 One Central Banker Is Out, but His Legacy Could Push Europe to the Financial Brink

Mario Draghi is not a household name outside of a few European countries, and yet what he did or didn’t do had the potential to wreak havoc worldwide.

The MIT-educated Italian economist, who headed the European Central Bank (ECB) for eight years until October 31, left his post after announcing measures that could damage countless lives for years to come.

He announced that the central bank will keep interest rates at zero percent indefinitely and will no longer provide forward guidance, meaning that everyone can assume their near-permanence.

The ECB, which had “exceptionally” bought sovereign and corporate bonds from 2015 to 2018, will now resume its indefinite purchases (20 billion euros per month). To top it all, the central bank has increased from 0.4 to 0.5 percent the rate it charges commercial banks on some of their excess reserves, at a time when Europe’s banking system is still trying to recover from the financial crisis.

All of this aims at increasing price inflation, forcing banks to lend more money and spurring economic production.

Draghi’s monetary decisions have an unmistakable Japanese air. This is not reassuring.

Japan has experienced almost no economic growth for the past three decades. Its massively expansive fiscal and monetary policies have achieved neither its price-inflation targets nor the return of “animal spirits,” as economist John Maynard Keynes referred to a healthy degree of business activity. While Japan has not become impoverished during this time, its policies have prevented the country from actually expanding and prospering much more.

Draghi set off on his course of monetary interventionism in 2012. But consumer price inflation, which he wanted to raise, will barely exceed 1 percent this year. He wanted to expand bank credit and the productive economy, but Europe’s gross domestic product growth remains anemic—roughly 1 percent in 2019. The idea was that goaded by the ECB, banks would lend more money to businesses and households, but that barely happened.

What did occur was an explosive growth of government borrowing. The world’s debt has doubled in the past decade, growing five times as fast as the world economy. The contribution of Europe’s government debt to this shocking statistic has been crucial. William Blake was not thinking about debt when he famously wrote that the road of excess leads to the palace of wisdom. Despite their excesses, central banks are none the wiser.

The effects of Europe’s borrowing? Trillions of euros’ worth of sovereign and corporate bonds are now paying negative interest rates, turning on its head the notion of lending money. In Europe, one-third of investment-grade bonds offer negative yields. About US$17 trillion worth of debt is paying negative interest rates around the world. Most of it is European (including European countries outside of the union) and Japanese.

The implications of this financing spree are disturbing. First, governments have felt no need to reduce their bloated size because, thanks to central bank policies, they felt more comfortable with continued growth.

Second, enormous wealth has been redistributed from those who save or receive a rent (including a pension) to governments and financial speculators, who make money betting on the continued artificial creation of money.

Third, when the recession that is looming (Germany seems on the brink) sets in, the ECB will have no weapons at its disposal because it will have already employed them all.

Fourth, the purchase of bonds has inflated a bubble whose bursting could devastate multiple economies. When the price of bonds keeps rising because financial markets “think” that central bank policy makes them worth more tomorrow than today, bond traders engage in crazy speculation.

What financial security required, after the Great Recession began a decade ago, was for everyone to put their house in order—governments, businesses, and households. Some did it to a moderate extent, but in general, Europe decided to forgo that painful cleansing process, opting instead for the kind of fiscal and monetary interventionism that has, throughout history, so often failed.