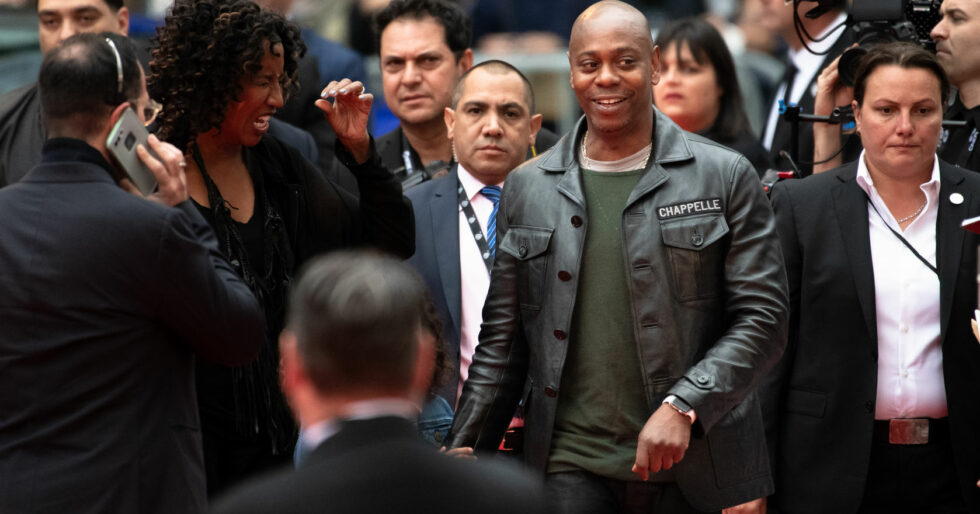 “First Amendment Is First for a Reason.” The Wisdom of Dave Chappelle

On college campuses, the new film No Safe Spaces explains, the First Amendment, intellectual freedom, and the very idea of free speech are under attack with threats, bans, and even violence. That threat has come to the attention of comedian Dave Chapelle, latest winner of the Mark Twain Prize for American Humor.

Chappelle, 46, has been under fire for defending comedians Louis C.K. and Kevin Hart, and daring to tell jokes about transgender people, the “alphabet people,” as he calls them, a protected class under the political correctness regime.

“I, personally, am not afraid of other people’s freedom of expression,” Chapelle told reporters. “I don’t use it as a weapon. It just makes me feel better. And I’m sorry if I hurt anybody. Etcetera, etcetera, yada, yada, ya—everything I’m supposed to say.” The comic also came out with things he wasn’t supposed to say in politically correct company.

“First Amendment is first for a reason,” Chappelle said. “Second Amendment is just in case the first one doesn’t work.” That masterpiece of compression exceeds just about anything from politicians and campus bosses, who aim to seize the firearms of law-abiding citizens and look the other way as the threat to free speech mounts a surge. They don’t seem to understand that America’s free-speech zone, as Thomas Sowell has noted, includes the entire country.