The U.S. Treasury Department has released its final monthly treasury statement for the federal government’s 2019 fiscal year, including its final accounting for the entire year. It paints a scary picture of how the growth of government spending is behind the government’s resurgent annual budget deficit, which totaled $984 billion for the year, narrowly missing the trillion dollar mark by just $16 billion.

Here is the picture from its pages showing the size to which Leviathan has grown: 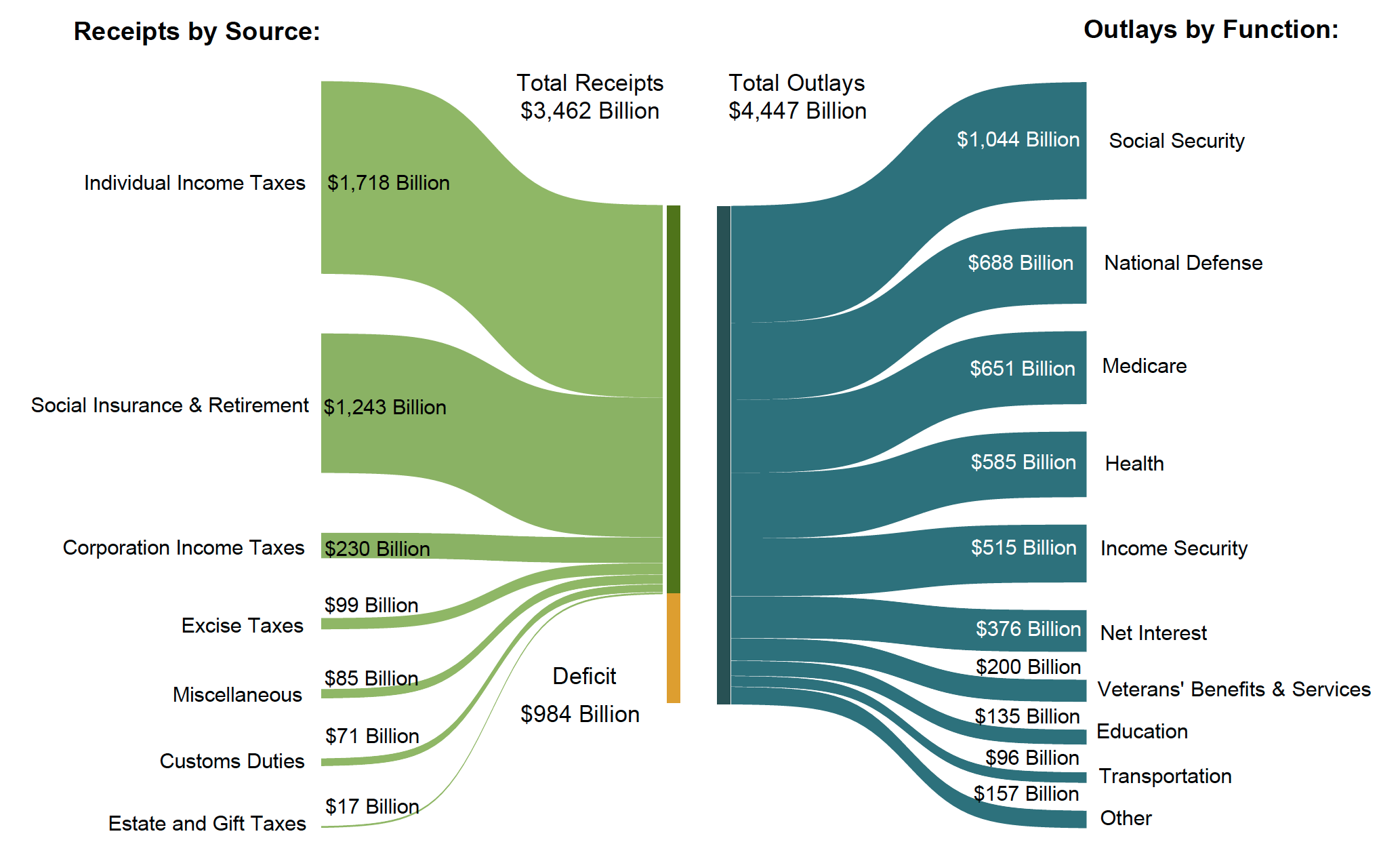 Make no mistake. It is the growth of federal spending that is behind the growth of the deficit and the lion’s share of a $1.1 trillion increase in the government’s total public debt outstanding from 2018 to 2019. The remainder of the increase is largely accounted for by the U.S. government’s borrowing to fund its money-losing student loan program.

What may surprise many is that the amount of taxes collected by the U.S. Treasury Department in 2019 increased over what it collected during the 2018 fiscal year. Here is the quick summary of how the U.S. government’s receipts changed from 2018 to 2019.

Overall, the U.S. government’s revenues from taxes, tariffs, fees, and all other sources increased year over year by $133 billion, from $3.330 trillion to $3.463 trillion, with every major category of federal receipts showing a year-over-year increase.

And yet, because spending grew so much more, the U.S. government’s budget deficit increased from $779 billion in 2018 to $984 billion in 2019. Economist Dan Mitchell estimates that government spending in 2019 grew twice as fast as its tax revenue and four as fast as the rate of inflation.

If you got the equivalent of a 4 percent raise in your annual income, like Uncle Sam got in 2019, and you were already deeply in debt, as Uncle Sam was in 2019, would you go out on such a spending spree?