Can Congress Restrain Its Promiscuous Spending?

What would it take to balance the U.S. government’s budget over the next 10 years?

Since the Congressional Budget Office updated its 10-year budget and economic outlook on August 21, 2019, to consider the effects of the Bipartisan Budget Act of 2019—which has been described as “the worst budget deal in history—that’s a good question to ask, seeing as the deal didn’t come anywhere close to balancing the budget.

Better still, all anyone needs to do to answer the question is to connect the dots between this year’s projected spending total and 2029’s projected revenue total from the CBO’s updated analysis. Just like in the graph below! 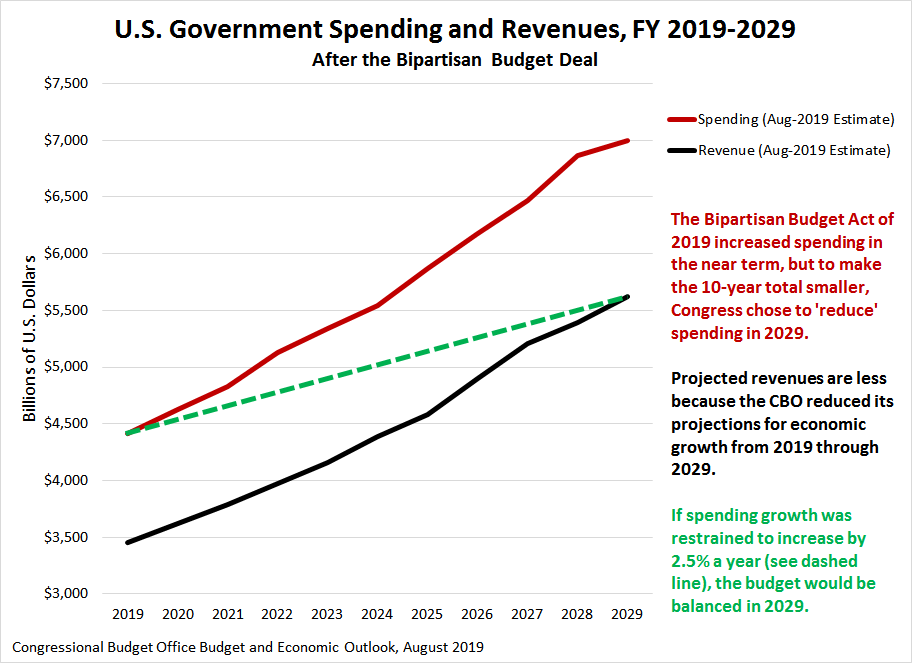 If Washington, D.C., politicians restrained the growth of spending to increase at an average pace of 2.5 percent a year, the U.S. government’s annual budget would be in balance by 2029.

But that’s not what a bipartisan coalition of politicians did when they signed on to the Bipartisan Budget Act of 2019, which increases the growth of spending at an average annual pace of 4.7 percent, nearly double the rate that would balance the budget. Which is sad, because members of Congress have proven time and again that they can make the U.S. government spend exactly as much money as they tell it to spend.

The higher rate of spending enabled by the Bipartisan Budget Act of 2019 means average budget deficits of $1.2 trillion will take hold during the next 10 years. Worse, the CBO also projects that by 2026, over half of the projected budget deficits in the future will be needed to cover the net cost of interest payments to the U.S. government’s creditors. 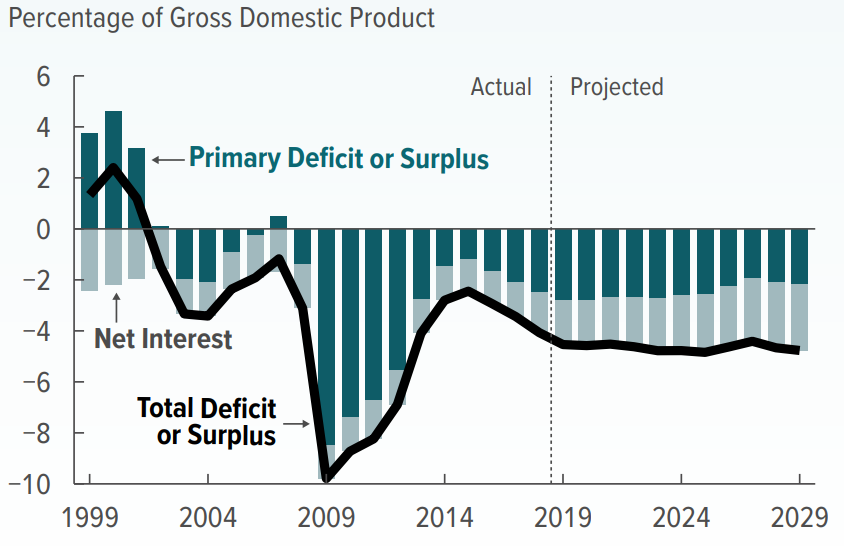 That’s billions of dollars that will not go to fund things that U.S. taxpayers would prefer the government spend their money on. All because politicians refuse to restrain their the growth of their spending so that it increases at a slower pace than the government’s revenues.

It’s not hard to balance a budget, but it does require prioritizing what’s really important. Washington should face up to that responsibility.