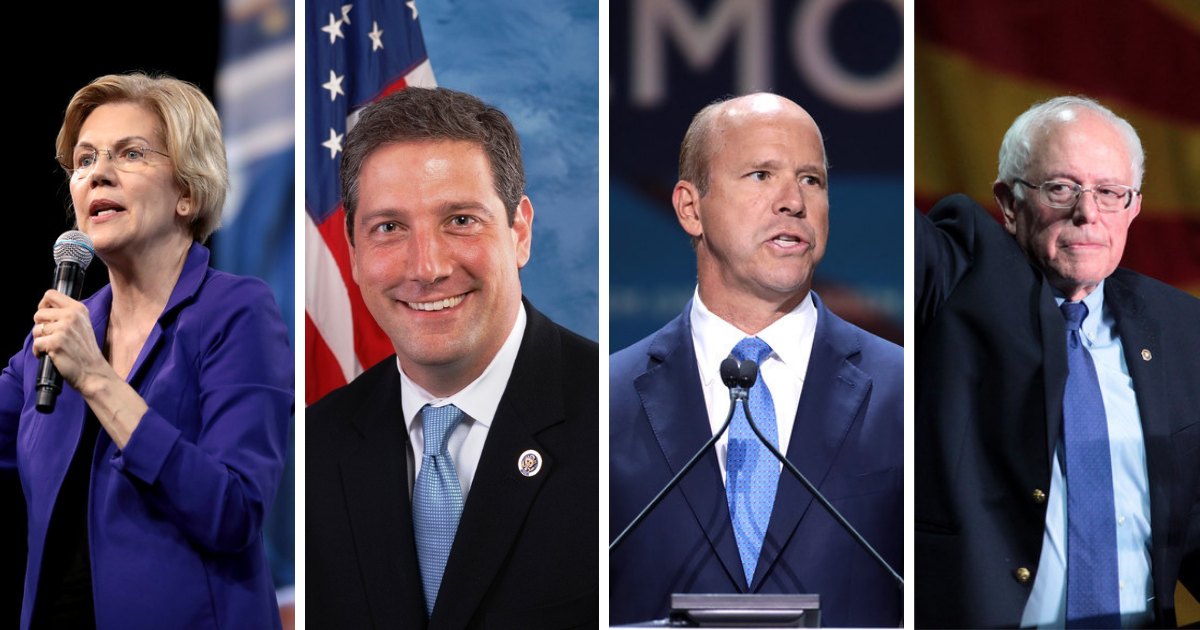 On Tuesday in Detroit, Michigan, some presidential candidates were at pains to distance themselves from the open socialism of Bernie Sanders, the statist high-tax ideology of Elizabeth Warren, and measures such as the Green New Deal and Medicare for all.

For example, candidate John Delaney slammed “impossible promises and fairytale economics,” and the former Maryland congressman was troubled by the prospect of taking existing health care away from workers. “Social Security didn’t make pensions illegal,” Delaney recalled, and that was “the equivalent of what Warren and Sanders are proposing.” For his part, Delaney wants both universal care and individual choice, but he failed to explain how that might work.

Ohio congressman Tim Ryan was also cautious about the Green New Deal and taking away worker’s health care. On the other hand, the presidential candidate was not bashful about brokering a new concept. As president, Ryan told the Detroit audience, he would create the new cabinet position of “chief manufacturing officer” so America could dominate the global electric vehicle market. Though a first for the 2020 candidates, it was not a new concept.

The Soviet Constitution of 1936, also known as the Stalin Constitution, touts a “state national economic plan” for improving the material conditions of the working people. It didn’t work out that way, for reasons F.A. Hayek explained in The Road to Serfdom. No group of economic planners, however enlightened, can possibly have the knowledge to plan a national economy for the greater benefit of all.

According to the Stalin Constitution, Soviet citizens also have the right to “free medical service,” and a “system of state stipends” for students. So like Tim Ryan’s manufacturing officer, promises of “free” health care and “free” college are nothing new. As for the Green New Deal and such, candidate Beto O’Rourke said the nation had “no more than 10 years to get this right.”