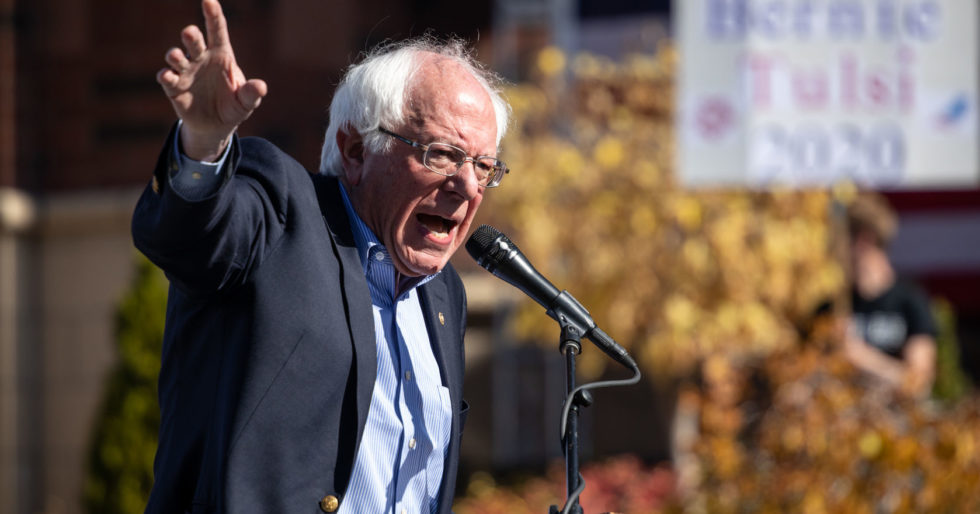 Are Bernie Sanders and Socialist Democrats Really Using the Language of the Right?

“My concern is that the Democrats are using – sometimes – language of the right as a way to push policies of the left,” said pollster Frank Luntz, speaking with Fox News. Luntz was responding to 2020 Democrats who say health care is a “human right, so you don’t have to debate it anymore” and “you have to give it to them.” Luntz has a reputation as a sage, but he gets this one wrong.

The foremost proponent of health care as a right is Vermont socialist Bernie Sanders, who is echoing the language of the Union of Soviet Socialist Republics, where Sanders chose to spend his honeymoon. Soviet bosses offered the right to a job, and the right to health care. In the Soviet view, these were substantive rights, a contrast to the rights of free speech, free assembly, free association in the democratic capitalist nations. In the Socialist view, those were only bourgeois, formalistic rights.

So when they claim health care is a “human right,” Bernie Sanders and the socialist 2020 Democrats echo the language of the Union of Soviet Socialist Republics. Health care is a good thing to have, but having it is not a right since its provision makes demands on others, which freedom of speech, for example, does not. When the government does hold a monopoly on health care, and takes away individual choice, the people only get the care government bosses want to give them. This has managed to escape Sanders, a throwback to the days of Soviet adulation chronicled by Paul Hollander in Political Pilgrims. And as the Beatles said, “you don’t know how lucky you are boys, back in the USSR.”

Meanwhile, anybody who thinks those bourgeois, formalistic rights such as freedom of speech are secure might take a look at AB 730 by California assemblyman Marc Berman. The bill aims to prohibit people, within 60 days of an election, from “knowingly or recklessly distributing deceptive audio or visual media of the candidate with the intent to injure the candidate’s reputation or to deceive a voter into voting for or against the candidate, unless the media includes a disclosure stating that the media has been manipulated.”

As Ben Christopher of CALmatters cautions, “there is at least one limit on what can be done. The First Amendment of the U.S. Constitution guarantees the right to free speech—making it unclear whether a ban on convincing video forgeries would pass constitutional muster.” As Christopher notes, the ACLU, the California News Publishers Association, and the California Broadcasters Association all oppose the Berman’s anti-free-speech bill on First Amendment grounds.