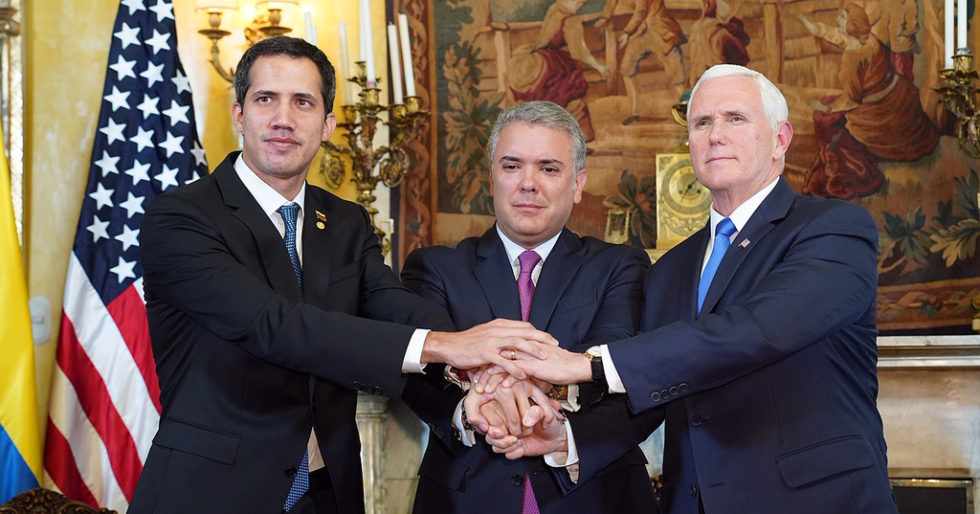 Venezuela on the Brink

What a change the last couple of months have brought to Venezuela! A few weeks ago, the Venezuelan resistance movement lay in ruins. Today the wind of history seems to be carrying it towards victory, even though it is as yet unclear when.

In 2017 President Nicolás Maduro decided to stamp out once and for all the democratic opposition. He ordered the Supreme Court to strip away the powers of the opposition-dominated National Assembly, and he put together a Constituent Assembly, whose real mission was to establish totalitarian rule. Despite massive street protests and widespread international condemnation, Maduro got what he wanted—total control and a divided and demoralized opposition.

But he pushed his luck too far. Last May he reelected himself in an election in which no genuine opposition candidate participated and in which nonvoting was widespread. The regime was deeply unpopular, as any regime would be after shrinking by half the country’s GDP in five years, causing a two-million percent hyperinflation, generating a humanitarian crisis because of the lack of food and medicine, triggering an exodus of three million people, and using brutal force against anyone who protested.

The indignation and desperation of the Venezuelan people reached the boiling point when, early in January, Maduro swore himself in for another six-year term. Soon after, with widespread international support from Latin America, the United States, Canada, and Europe, the leader of the National Assembly, Juan Guaidó, a 35-year-old who was unknown outside the country and not yet a household name in his own, assumed the powers of the presidency, defying the usurper, Maduro. Guaidó based his claim on Maduro’s unconstitutional assumption of power and article 233 of the Venezuelan constitution, which states that in the absence of the president, executive powers are to be held for an interim period by the president of the National Assembly and new elections called.

The outpouring of support for Guaidó in the country, where according to surveys almost 90 percent reject the Chavista dictatorship, and recognition from the international community have prevented Maduro from killing him or throwing him in jail, as would normally have happened. After uniting the opposition and surrounding himself with a team that seems to know what it’s doing, Guaidó signed a law granting amnesty to military personnel who cease to sustain the Chavista regime. He has also organized an internationally sponsored operation to distribute food and medicine in open defiance of Maduro’s orders to the military to prevent those goods from entering the country.

So far the military has stayed loyal to Maduro, despite purges and the jailing and torturing of hundreds of soldiers to instill fear in potential defectors, according to reports from human-rights organizations. Maduro also controls a militia that has been equipped to operate like a parallel army. Cuba’s involvement in both the military and militia is well known. All of this means that Guaidó’s strategy needs more time to break the camel’s back. But it is hard to see how the pressure he is bringing to bear on a demoralized, highly corrupt, and deeply unpopular military could fail to produce results.

Yet underestimating the ability of the dictatorship to resist would be a mistake. It may be hated by nine out every ten Venezuelans and most of the civilized world, but it has the monopoly of force inside Venezuela and a ruthless disposition to use it to the extent necessary to prevail.

That, however, has always been the case. What is new is that the resistance movement has been able to go beyond protests and establish a firm, well-organized path to freedom that everyone, including Chavista sympathizers who realize their survival is in peril under Maduro, can relate to as a way out of the current inferno. To that extent, the transition can be said to have already started. And that is monumental news for the suffering Venezuelans.