In all the annals of really bad decisions made in the pursuit of political benefit, President Obama’s 2010 federal government takeover of the student loan industry from the private sector has to rank among both the worst and the most costly.

How do we know? Here’s how Cory Turner of National Public Radio recently described what has become the modern day role of the U.S. Department of Education:

The Federal Reserve puts the numbers at 44.5 million student loan borrowers with a combined student loan debt liability of $1.5 trillion. Meanwhile, the U.S. government has cumulatively borrowed about $1.2 trillion to fund its Federal Direct Student Loan Program, with nearly $1 trillion of that total having been borrowed since President Obama put the U.S. Department of Education into the student loan business in March 2010. 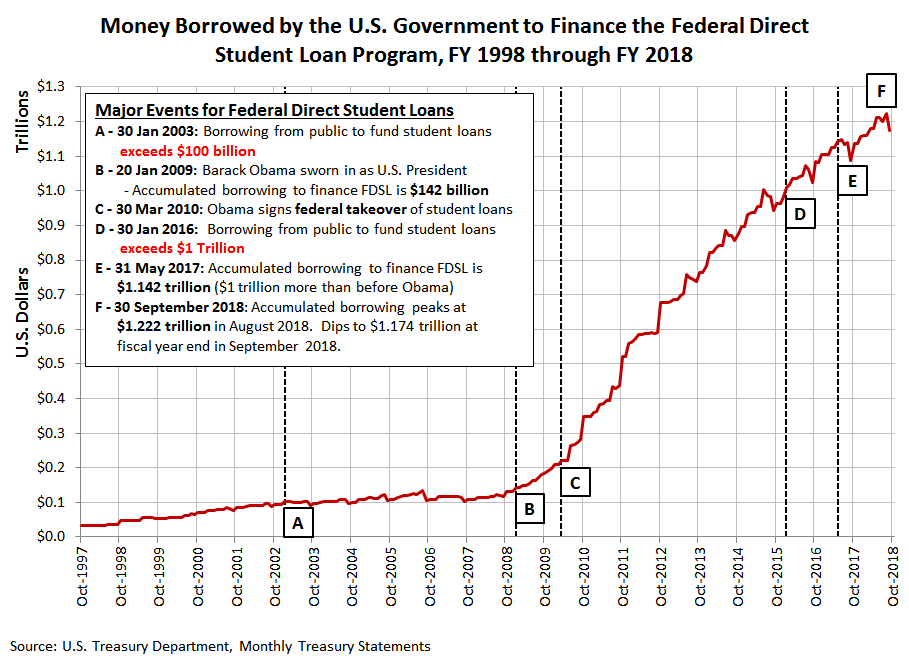 The Education Department’s bureaucracy isn’t doing well in running its student loan business. CNBC reports on the state of defaults and delinquencies that are likely making the program a money loser for U.S. taxpayers instead of the money-maker that President Obama intended.

Default and delinquency data like that means that the whole federal takeover of the student loan business from private sector banks has been a costly fiasco and will continue to be for years to come.