All year long, many Americans have been dreading what the U.S. government’s fiscal state would be at the conclusion of its 2018 fiscal year, which just ended on September 30, 2018. The combination of tax cuts passed into law in December 2017 that slashed corporate income tax rates and a budget deal in February 2018 that boosted federal spending at the same time seemed to be a sure recipe for creating a massive fiscal headache for American taxpayers.

But, only one of these measures appears to have negatively impacted the U.S. government’s fiscal situation since President Trump signed both measures into law. After a four-day delay, the U.S. Treasury Department issued its final monthly treasury statement for the U.S. government’s 2018 fiscal year, where the following chart shows one expected result and one surprising result. 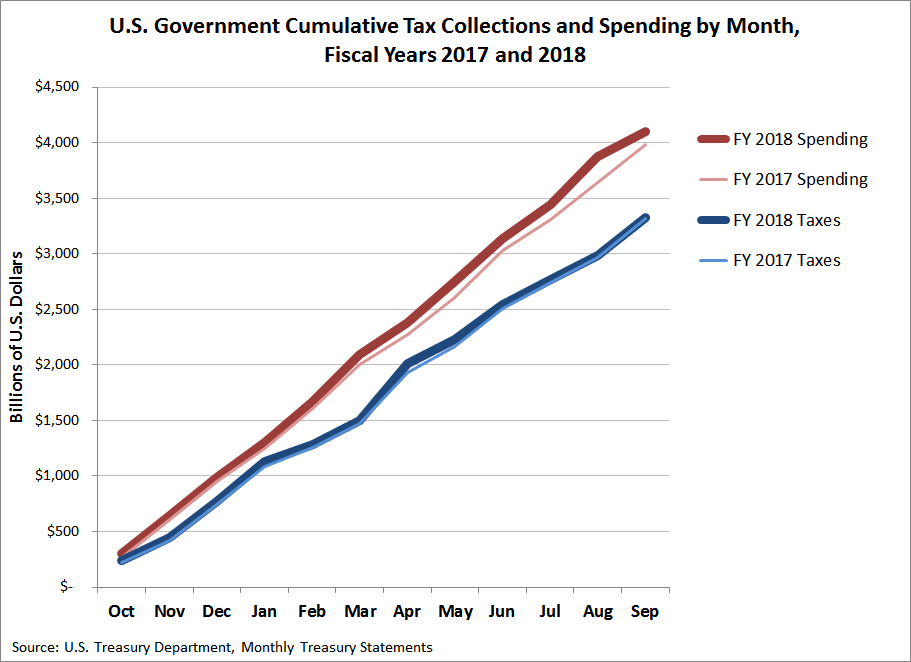 According to CNS News, the national debt increased by $1.271 trillion during FY 2018, a $492 billion difference from the $779 billion deficit that the federal government reported for the year.