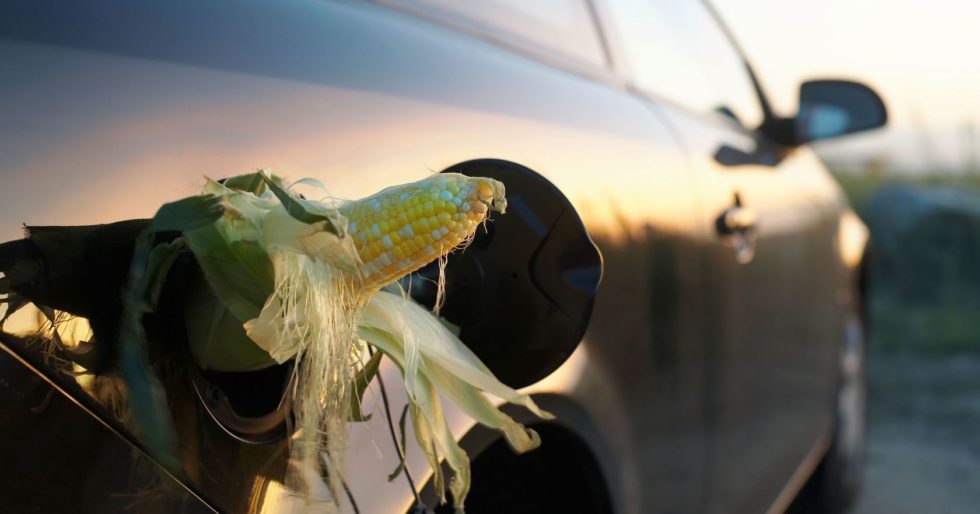 [This post was co-authored by Arthur R. Wardle; revised October 12.]

When Washington began subsidizing production of ethanol in the midst of 1970s’ fuel shortages, the aim was to reduce U.S. dependence on imported oil, especially from OPEC countries. But the United States no longer relies heavily on OPEC. In fact, America is now on track to become a net oil exporter. Thanks to the shale revolution and more drilling offshore, U.S. oil production has grown significantly, while imported oil as a share of total domestic oil consumption has plummeted.

Yet, instead of terminating the Renewable Fuel Standard (RFS)—which mandates a sharp increase in renewable fuel consumption by 2022—the Trump administration has doubled-down on biofuels. President Trump has said that he supports ramping up ethanol production even further by allowing gasoline containing 15 percent ethanol to be sold year-round. Doing so would expand ethanol use and encourage the EPA to ratchet that percentage up in subsequent years. Not surprisingly, the president made his announcement in Iowa, a major corn-belt state.

Gasoline nowadays typically contains just 10 percent ethanol (E10). The EPA currently bans selling richer ethanol blends during the summer because of concerns that it contributes to smog on hot days and damages the engines of older vehicles and some boats, motorcycles, and lawn mowers. The lifecycle emissions of ethanol are difficult to measure, but a comprehensive meta-analysis in the American Journal of Agricultural Economics found the greenhouse gas benefits of ethanol to be almost zero. For other pollutants like nitrogen oxides (NOx) and ozone, ethanol actually is worse than gasoline.

Because 40 percent of the nation’s corn crop is used in the production of biofuels, ethanol production also raises food costs. As a result, consumers pay higher prices for beef, milk, poultry and pork, among other items. All told, the ethanol mandate increases agricultural commodity prices by 14 percent according to the aforementioned meta-analysis.

When Congress approved the RFS, it was presumed that corn ethanol would be supplanted by cellulosic ethanol, made from non-food materials like switchgrass and wood chips. But refineries producing cellulosic ethanol never got off the ground, despite large government subsidies.

Increases in food costs and ozone emissions aren’t the only negative consequences of corn ethanol production. Because the RFS moved corn growing to areas that require more water, more fertilizer, and more acreage, prairies and other wild-lands are disappearing, soil is eroding, groundwater is being depleted, and ocean dead zones are expanding.

Ethanol has been advertised to the public as renewable, but the negative environmental impacts of growing corn make large ethanol mandates unsustainable in the long run.

Federal policymakers ought to revisit the ethanol mandate. Without the need to offset imports from other oil-producing nations, the RFS makes little sense, especially since ethanol lacks the environmental benefits typically associated with renewable energy.

If ethanol truly were a good substitute for gasoline, no E10 or E15 mandate would be necessary since refiners would voluntarily adopt the most cost-effective and consumer-friendly blend. That could be five percent, 15 percent, or some other number, but it should not be dictated through sweeping federal mandates.

Correction: A previous version erroneously compared the portion of the RFS that can be met by corn ethanol (15 billion gallons) to the 2022 mandate for all biofuels. That error has been removed and replaced.

Arthur R. Wardle is a graduate student in economics and a Graduate Research Fellow for the Center for Growth and Opportunity at Utah State University.