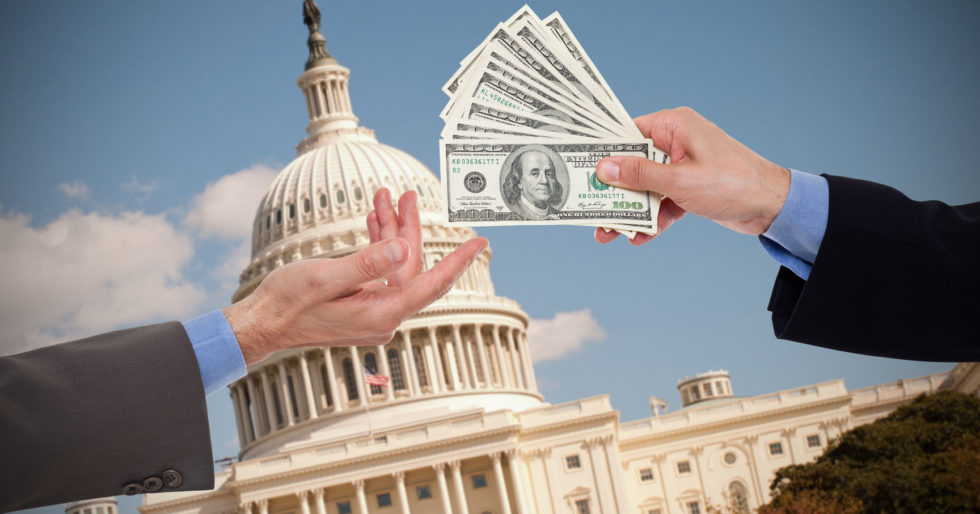 Pay for Play on Capitol Hill

There’s a strange form of kabuki theater that plays out almost every business day in Washington D.C. Somewhere in the Capitol building, the members of some congressional committee or sub-committee get together before the television cameras to grill some hapless billionaire or bureaucrat about whatever the political issue of the day might be, where anything said during these sessions ultimately gets cut down into 20 second sound bites for news programs that prominently feature as many or more grandstanding statements made by the Congressional committee members than they do of the newsworthy witness being grilled.

The political issues of the day decide who gets to sit in the hot seat, for which there’s even a cottage industry to help prepare the hapless target for their Congressional testimony. But did you ever wonder about who is sitting on the other side of those congressional hearing rooms? How does the House of Representatives and the Senate decide which of their elected members will participate in those committees?

Is it because of the life experience or unique skills that the members of Congress have brought with them to Washington D.C.? Or is there some other criteria that these professional politicians use to decide the congressional committees to which various members will be assigned?

LifeZette‘s Connor Wolfe got a very good view of this peculiarly bipartisan kind of sausage-making on Capitol Hill in a recent interview with House of Representatives member Thomas Massie.

“If you’re looking for waste, fraud and abuse in government, its kind of like flipping over rocks at a creek—there is a creature under every rock,” Massie told LifeZette. “The one thing I learned early on that shocked me the most, and still to this day bothers me and bothers just about everyone I tell, is the pay-to-play committee assignment process here.”

Massie explained that committee assignments in the House of Representatives are based on how much money GOP members can raise for the National Republican Congressional Committee and Democrats for the Democratic Congressional Campaign Committee.

This requirement forces lawmakers to raise more money than they need for re-election campaigns in order to get committee assignments that cover issues of more specific concern to their districts. Among the results is that the desirability of committees becomes based on how much money lobbyists are likely to give to members of the respective panels.

“It’s not a meritocracy; it’s a fundraising-tocracy,” Massie said. “You would think that if someone came here and they were a CPA, they would go on the budget committee or Ways and Means, the tax committee. If someone was involved in tax preparation or tax policy, wouldn’t they automatically go on the Ways and Means Committee? No, that’s not the way it works.”

That reality explains why we see so many clips on the news featuring the showboating of members of Congress. It’s not about resolving the issues of the day, so much as it is a way to get their names out there so they can raise the funds that they need to get themselves onto a more desirable congressional committee.

The people with the most cash available to give to these politicians are the lobbyists, whose interests are often very different from the people who elected the members of Congress to represent them in the national government. Between these two groups, whose interests do you suppose are getting prioritized in Washington D.C.?