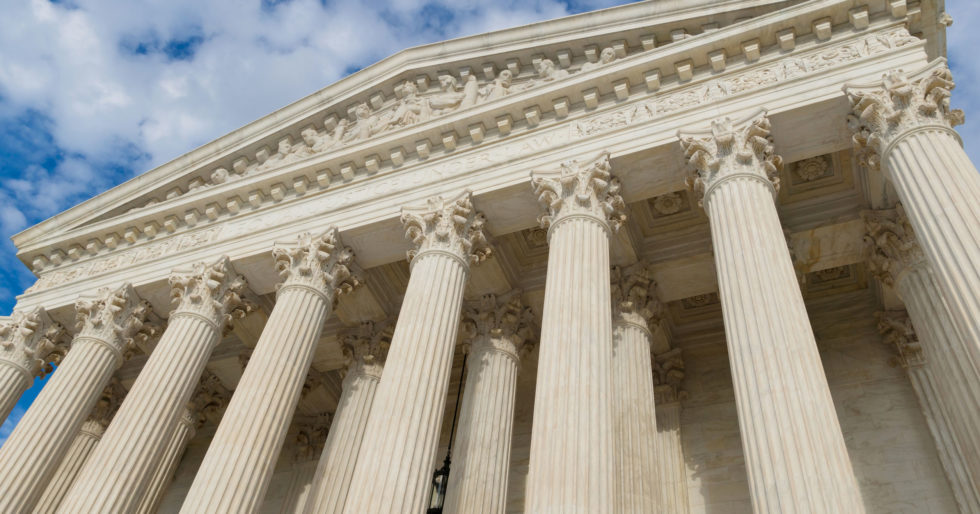 Masterpiece Cakeshop and the Hidden Tolerance for Gay Rights

Advocates for lesbian, gay, bisexual, transgender, and queer (LGBTQ) rights are up in arms, vowing to oppose President Trump’s nomination of Brett Kavanaugh to the U.S. Supreme Court. They believe in part that his conservative Catholic views will turn back the clock on human rights, forcing those who identify as gay or lesbian back into the shadows of society.

Americans, however, have largely embraced individuals identifying along the LGBTQ spectrum as full-fledged members of our communities. And the Supreme Court of the United States, or SCOTUS, can do little to reverse this trend. The evidence is implicit in an unlikely source: the U.S. Supreme Court’s decision to uphold religious liberty in Masterpiece Cakeshop v. Colorado Civil Rights Commission.

In Masterpiece Cakeshop, seven justices upheld the civil right of a Colorado baker to withhold his labor rather than create a piece of art that would endorse an activity he objected to on spiritual grounds. The baker was Christian and the art was a custom wedding cake that would have celebrated a gay wedding. The decision has been widely condemned as condoning and perhaps even encouraging discrimination against people who self-identify along the LGBTQ spectrum. A careful reading of the court decision, including the concurring and dissenting opinions, actually suggests the opposite.

To be sure, strong anti-LGBTQ sentiment runs deep in certain segments of American culture, especially among conservative Christians. But American attitudes have become remarkably more accepting of homosexuality and other variations of sexual identity since the 1970s. In part, this may be due to the fact those on the LGBTQ spectrum consistently and historically represent a very small minority of the overall population—less than 5% by most accounts and research.

Most Americans now believe that sexual orientation has a significant biological component—a position consistent with scientific research—and is not solely a lifestyle choice. A 2018 Gallup survey, for example, found that half of Americans believed sexual orientation was determined by genetics. This is a dramatic change from 1977 when just 13% believed homosexuality was determined by “nature.”

This greater acceptance of the genetic foundations of sexual orientation is reflected in attitudes toward public policy, such as the legal status of marriage. Nearly nine out of ten of those who think nature determines sexual orientation also favor same-sex marriage. More importantly, perhaps, 61% of those who believe upbringing and environment are more important still believe same-sex marriage should be legal.

This brings us back to Masterpiece Cakeshop. Given these broad shifts in attitudes, discrimination against those identifying as gay, lesbian, or something else along the spectrum is becoming more isolated and less influential as a cultural issue. No matter what the Colorado baker did as an individual, or as a shop owner, gay couples were not shut out from the wedding cake marketplace or other types of markets for goods and services. Indeed, the evidence provided in the Supreme Court case, and the decision itself, revealed the gay couple in question could have taken their business to numerous other wedding cake providers in the area.

The public controversy surrounding the Masterpiece Cakeshop case revolved around the behavior of one shop owner and accusations he engaged in or promoted generalized discrimination against gays, not that he represented a broad-based attitude or general behavior among bakers. A Yelp Search using the terms “wedding cake bakery” revealed more than 200 bakers offering similar services in the Denver metropolitan area, the general location of Masterpiece Cakeshop, many of them receiving 5-star ratings from dozens of customers. More than 140 were listed by Yelp when the search location was limited to Lakewood, Colorado, the city in which Masterpiece Cakeshop is located.

More importantly, the nature of the discrimination against the gay couple in the case was very narrow. Contrary to popular perception, the baker did not refuse to sell baked goods to the gay couple. In fact, he even said he would “create birthday cakes, shower cakes, or any other cakes for them.” The baker’s decision to decline the custom wedding cake request was based on his religious belief that a marriage was a spiritual covenant between a man and a woman. He was not denying the couple’s human right to formally bond an intimate relationship (even though same-sex marriage was still not legal in Colorado at the time), nor did he insult or disparage their lifestyle or the couple as individuals. With the exception of turning down the request to make the custom wedding cake, the baker by all accounts treated the couple, who had already married in Massachusetts, with respect and dignity. Even if the court had decided against the baker and in favor of the gay couple, the LGBTQ community (or the couple in question) would not have been freer, had more access to goods and services, or at less risk to violence because of their sexual orientation.

The 7-2 majority opinion in Masterpiece Cakeshop, as well as the concurring opinions, make it clear that freedom of religion and freedom of speech are protected civil rights. The baker’s individual actions may have “humiliated” the gay couple as individuals, but their personal offense did not rise to the level that bakers, artists, or even restaurant owners must be compelled to create customized products for them when the request conflicts with their religious beliefs or free expression.

Rather than view Masterpiece Cakeshop as a harbinger of a new wave of legally sanctioned discrimination, a far more accurate reading of the case and American culture is that the law and statute has limits to changing hearts and minds. A better strategy for securing liberties and freedoms for those along the LGBTQ spectrum over the “last mile” of cultural acceptance will more likely be found in working to establish an even broader civil foundation for respecting them as individuals rather than using the coercive force of government to subvert the dignity and humanity of those with whom they disagree. Laws work best when they are protecting citizens from harm and securing fundamental liberties rather than bullying citizens into changing their moral worldviews.