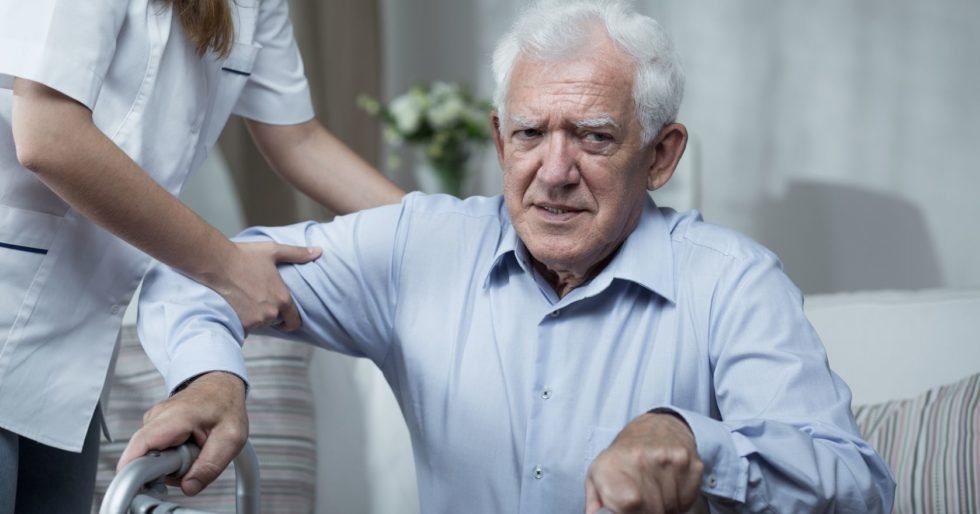 It seems like every time there’s a full moon, there’s a new scandal at the U.S. Department of Veteran Affairs. This time it has to do with the VA’s operation of nursing home facilities for America’s veterans. The troubled agency has been hiding the poor quality of the care it provides at its veterans homes compared to similar facilities in the private sector.

A recent editorial at USA Today summarizes the findings of its investigative reporting with The Boston Globe:

Most Americans, when they think of the VA, envision a vast bureaucracy of care centers for millions of the nation’s veterans. That it is. But who knew the agency also runs a network of nursing homes?

Well, it does, and it turns out—thanks to recent coverage by USA TODAY and The Boston Globe—that many of those nursing homes suffer from health delivery concerns similar to those that plague some VA hospitals and clinics.

About 46,000 veterans annually are cared for in 133 of these homes nationwide. Some are located on Department of Veterans Affairs hospital campuses, and some are separate facilities.

The VA rates these nursing homes for quality, but internal appraisals showing that 60 homes with the lowest ratings were kept secret from the public until reporters pressed. Moreover, in some crucial measurement standards, including reports of pain, VA homes performed substantially worse than private-sector alternatives....

It’s a problem that exists because politicians have exempted the VA’s bureaucrats from the transparency requirements imposed upon private-sector nursing home facilities.

Under federal regulations, private nursing homes are required to disclose voluminous data on the care they provide. The federal government uses the data to calculate quality measures and posts them on a federal website, along with inspection results and staffing information. The regulations do not apply to the VA.

The VA has “got this whole sort of parallel world out there that’s hidden,” said Robyn Grant, director of public policy and advocacy at the National Consumer Voice for Quality Long-Term Care. “I still can’t get over that this information is not available to people who are looking for a veteran’s home. That’s just unacceptable.”

That doesn’t mean that the VA’s bureaucrats don’t know how bad the care provided at its nursing home facilities has been. Not only do they know, they’ve been hiding the problem from the public since the beginning of the Obama administration:

The VA has relied for more than a decade on an outside company, Wisconsin-based Long Term Care Institute, to conduct inspections of VA nursing homes and report back to the agency.

The VA banned the public release of institute reports after the Pittsburgh Tribune-Review in 2009 published the findings from one report detailing “significant issues” at the VA nursing home in Philadelphia, including poor resident grooming and pest control. In one case, a patient’s leg had to be amputated after an infection in his foot went untreated for so long his toes turned black and attracted maggots.

The VA said the reports are internal quality assurance documents “protected” from disclosure under federal law. However, in their announcement last Tuesday releasing the nursing homes’ star ratings, VA officials said they would also release the long-term care reports. They didn’t say when.

Not that the VA’s internal ratings of its care match up well with private sector nursing home facilities. The VA’s bureaucrats appear to be systematically overrating their performance.

The VA assigned three stars to its nursing home in Livermore, California, even though the facility scored worse on average than private facilities on six of 11 criteria. Residents reported being in pain at dramatically higher rates and experienced general declines and developed sores at slightly higher rates.

There’s much more to the story, especially about the personal dimensions of how the VA’s substandard care at its nursing homes has harmed a number of veterans.

From a public-policy perspective, however, the story illustrates how government-provided health care is not only failing the Americans who are dependent upon it, but also how poorly the health care provided by the agency at its 133 nursing home facilities compares with the nearly 16,000 nursing homes that operate in the private sector outside of the VA system.

At a minimum, the VA’s role in operating nursing homes should be reduced, so that veterans not requiring specialized care unique to their health status as veterans are free to choose nursing homes in the private sector, with the VA contributing funds to their care at those higher-quality facilities.