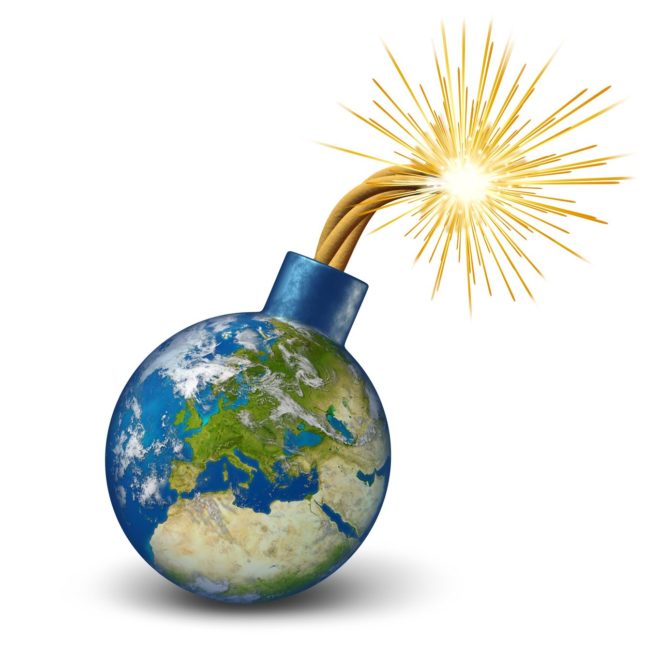 Much of the news media has been focusing on Italy, where a coalition of leftwing and rightwing populist parties has taken over the reins of government in the context of severe economic problems. Italy’s government debt amounts to about 130 percent of the country’s GDP, and the banking system holds, among other things, about one-fourth of Europe’s toxic assets. Combined with a strong anti-European Union and anti-establishment sentiment in the midst of a very weak economic recovery, all this has produced a populist government and spooked markets, politicians, and commentators around the globe.

But Europe is not the only part of the world that should have us worried about mounting debt and its political ramifications. The United States has serious debt problems that have not been addressed since the financial crisis shook the world a decade ago—they have actually been compounded. While artificially low interest rates lasted, these problems could be concealed or kicked down the road, but now that the rates are gradually going up again they are going to have serious effects.

In the past decade, U.S. federal government debt doubled from $10.6 trillion to $21 trillion, household debt is at more than $13 trillion, even higher than it was on the eve of the financial crisis in 2008, and corporate debt (excluding banks and insurance companies) is now equivalent to an unprecedented 45 percent of GDP. To make things even more interesting, mortgages, one of the great causes of the disaster a decade ago, are exploding once again. Household mortgage debt outstanding, including one-to-four family residences and multifamily residences, is now at a similar level to where it was ten years ago.

All this means that central-bank monetary manipulation has encouraged a country that underwent a traumatic crisis because it had borrowed too much . . . to borrow even more! Of course, clever tricks have kept everyone distracted from this truth for several years—among them a devaluation of the currency that has punished savers but rewarded debtors. The price of gold has gone up by 50 percent in the past decade, which is another way of stating how much value the currency has lost. (Because the value of gold stays the same, its appreciation means that the currency measured against it loses value.)

While this has been happening, people have been complacent, believing that interest rates would remain low forever. It got so crazy that 10-year high-yield bonds (i.e. junk debt) were yielding only 2 percent more than the 10-year Treasury note, as a recent report from the Stansberry Digest, a specialized financial publication, recently reported. What this meant is that people saw virtually no risk in junk debt compared to secure government bonds (which are “secure” only because the government will do anything to pay them back, not because there is real wealth behind them).

Sooner or later, this borrowing binge will end badly. And the time may not be too far into the future, because we are already seeing interest rates go up and up. This is exactly how credit booms end—when rates can no longer hide the truth and families, corporations, and governments come to realize the party is over and servicing the debt becomes excruciatingly painful.