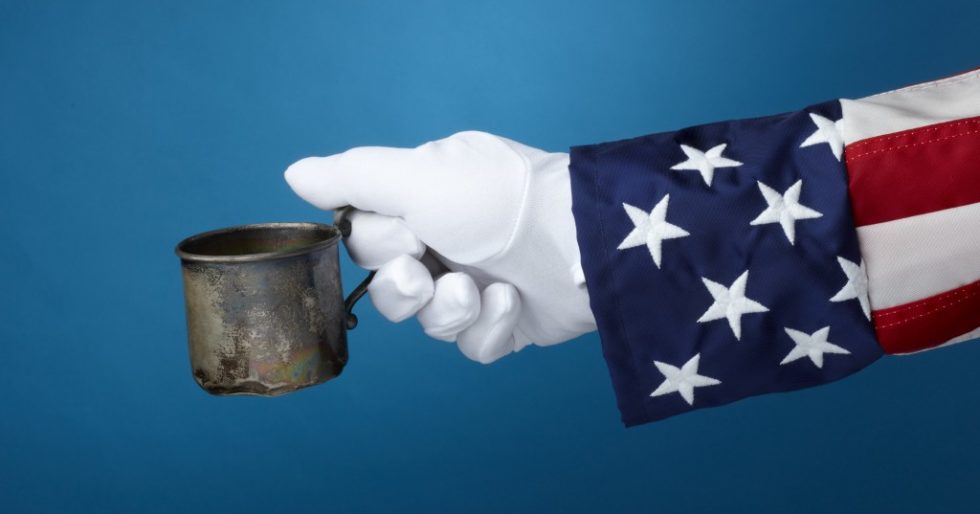 Should Uncle Sam Set Up a GoFundMe for the National Debt?

There are a lot of debt-strapped nations across the world, where a few have turned to some pretty unusual tactics to reduce their national debt burdens.

One such nation is Malaysia, which has turned to crowdfunding to try to reduce its ballooning national debt. Reuters has the story:

Malaysia has set up a fund for members of the public to donate cash to help the new government repay its hefty national debt, the finance ministry said on Wednesday, providing a bank account number for deposits.

Prime Minister Mahathir Mohamad has made it a priority to cut Malaysia’s debts and liabilities—estimated at 1 trillion ringgit ($250.8 billion) or 80 percent of GDP—since he mounted a surprise win over scandal-plagued Najib Razak in a May 9 general election.

The move comes after a private fundraising initiative ‘Please Help Malaysia!’ received more than $3,500 of donations on website GoGetFunding in a campaign to help the Southeast Asian country reduce debt.

So should Uncle Sam also be seriously thinking about putting up its own GoFundMe page to solicit donations from the public to pay down the U.S. government’s ballooning national debt?

Before we go any further, there’s something that you need to know. Uncle Sam already has! Here is the U.S. Treasury Department’s explanation of how you too can donate money to pay down the public portion of the national debt using Uncle Sam’s own crowdfunding page:

There are two ways for you to make a contribution to reduce the debt:

2) You can write a check payable to the Bureau of the Fiscal Service, and, in the memo section, notate that it’s a gift to reduce the debt held by the public. Mail your check to:

And now you know! Since 1996, Uncle Sam has collected over $53 million in national debt-reducing donations, which have contributed to making the public portion of the national debt some 0.0003% less than what it would otherwise be without them.

(1) The U.S. government’s total public debt outstanding is actually much larger at $21.1 trillion. The federal government’s true national debt-to-income ratio through March 2018 is 106%.