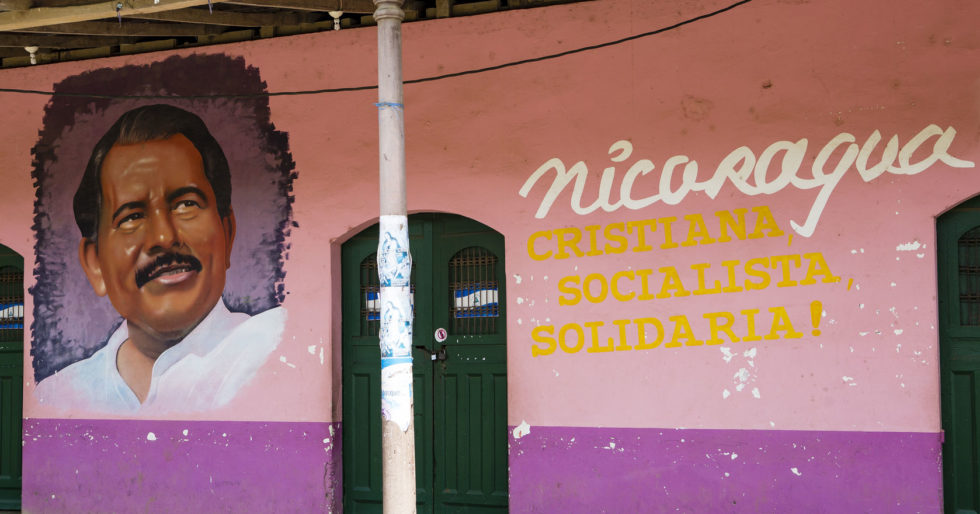 Given that Venezuela monopolizes whatever interest there is in Latin America these days, we pay insufficient attention to another tyranny—that of Daniel Ortega. Yes, I am talking about the Sandinista who tried to impose a communist regime in Nicaragua in the 1980s and came back to power eleven years ago.

The Nicaraguans have taken to the streets to demand his resignation and that of his wife, Rosario Murillo, who is his vice president. She is the object of as much resentment among the population as he is. Murillo is known for having disowned her own daughter, Zoilamérica Narváez, who at the end of the 1990s accused her stepfather, Daniel Ortega, of having sexually abused her beginning in her childhood. Zoilamérica lives in exile in Costa Rica; the stepfather, on the other hand, rewarded the betrayal of the mother by conferring on her enormous power once he regained the presidency. The couple has been in the government since 2007 thanks to the fact that in 2011 they used the subservient courts to legalize an unconstitutional re-election and three years later they forced the Congress to allow the permanent re-election of the president.

The unrest started with protests over a reform of the social security system. Soon the real demand of the crowds became clear: they wanted the Ortegas out of power. The indigenous town of Monimbó, a stronghold of Sandinismo, where the dictatorship of Somoza killed a brother of Ortega decades ago, has rebelled against the authorities despite the fact that a government-controlled paramilitary force has killed five demonstrators. In Niquinohomo, the hometown of Sandino, a national hero, the community refused to place a flag with the Sandinista colors on a statue that honors him. And so on.

After sixty people were killed and countless wounded in the wake of the national protests, the army announced that it would refuse to continue to repress the people. Ortega, who looked like he might be on his way out of power, called for a dialogue with the opposition in order to gain some time.

Unlike the 1980s, this time Ortega has opted for somewhat of a corporatist regime. Before reaching power he made a pact with his archenemy, the Catholic Church, specifically Cardinal Obando y Bravo, and married his wife before God. He also agreed with former President Arnoldo Alemán, who was under judicial and political pressure because of corruption, to change the electoral rules so he could win the elections of 2006 in the first round. Once in power, Ortega consolidated the relationship with Obando y Bravo by banning abortion in all cases. Then he co-opted the business community by granting them privileges such as participating in the elaboration of economic norms in exchange for staying out of politics. He put a relative in charge of the police and reshuffled the army command. He also created a sinister paramilitary corps.

He made sure, like other allies of Venezuela, that Caracas passed him an annual subsidy of 600 million U.S. dollars. Thanks to the pact with the business community and Venezuela’s largesse, Nicaragua experienced economic growth for a while and Ortega was able to build a large political clientele.

But recently the Nicaraguans said enough is enough. First, the students and the pensioners took to the streets and called for massive protests; the business community and the Episcopal Conference, especially the auxiliary bishop of Managua, Silvio José Báez, followed suit. The popular rebellion eventually forced Ortega to the negotiating table. Nobody believes his original intention was to conduct a serious dialogue. But he is weakened. The opposition, which now encompasses most of the country, has warned that if he tries to trick them, they will take to the streets until he leaves. Knowing the history of the brave people of Nicaragua, you can be sure they mean it.

Alvaro Vargas Llosa is a Senior Fellow at the Independent Institute. He is the author of Global Crossings: Immigration, Civilization, and America and Liberty for Latin America: How to Undo Five Hundred Years of State Oppression.