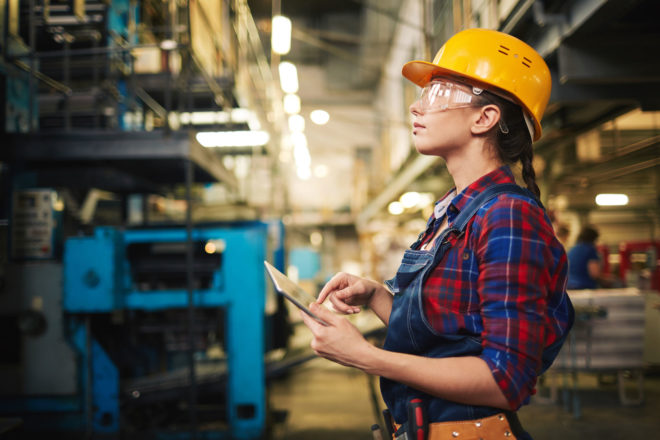 We hear a lot of lamentations about the loss of American jobs in manufacturing (notwithstanding that U.S. manufacturing output has never been greater). People purport to want to bring back jobs in factories. I’m not sure a lot of thought goes into these views.

I have some personal experience in factory employment, although it was long ago—in the golden age of such employment, some might say. For five summers while I was going to high school and college during the academic years of the late 1950s and early 1960s, I worked in a factory—four summers in a box factory and one summer in an ice plant. The work was physically hard and highly repetitive under unpleasant physical conditions of high heat (at the box factory) or extreme cold (at the ice plant).

I was glad to have these jobs, however, because the wage rates were the highest of any to be had in my godforsaken little town. But at the time I was 15-20 years old and as strong as a young bull. I longed for the overtime hours, which paid a 50 percent wage premium. My record for weekly hours worked was 92 at the ice plant one midsummer week during a frenzy in the cantaloupe packing season. (In those days the melons were packed in wooden crates—remember the box factory—and loaded into railroad boxcars that were then sprayed with crushed ice to keep the contents cold during their transport to markets all around the USA.) I wanted to earn as much as possible to help me get through the school years without continuing to work full-time. For a stretch of three months I could take the punishment.

But would I have wanted to continue doing this work indefinitely? Not on your life. Indeed, it was no coincidence that nearly all the workers in these factories were young men like me, few of them more than 30 years old. It’s definitely not an old man’s game; it’s not even a middle-aged man’s game. Those who long to bring back factory employment, I strongly suspect, have not given much thought to the nature of such work. It wears men and women down, making them old before their time. One of the great benefits of economic development is that such employment becomes a steadily less prominent part of total employment.

(For a priceless account, funny yet sad at the same time, of work in the Michigan auto plants, read Ben Hamper’s Rivethead.)