The Role of Luck in Life Success 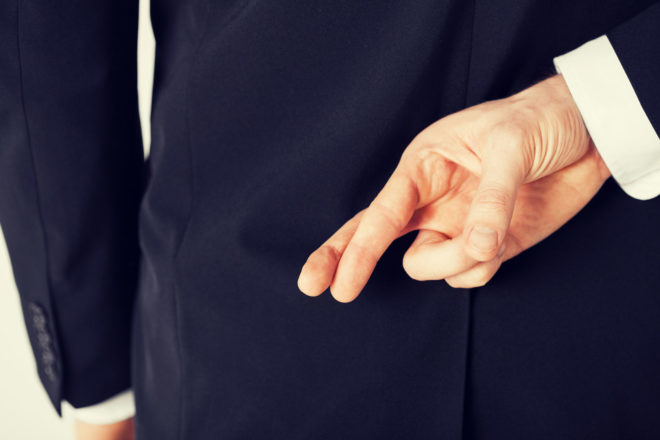 A recent piece in Scientific American by Scott Barry Kaufman concludes that luck plays a far greater role in life success than people realize. Kaufman makes it appear that much of the success of successful people is undeserved, but that conclusion is probably wrong. One reason I’m qualifying my critique is that Kaufman never actually defines success.

Kaufman says “luck and opportunity may play a far greater role than we ever realized,” and I’m willing to go part-way to agreeing with that, relying on the slogan that “luck is when preparation meets opportunity.” To a large extent, people make their own luck by being prepared when an opportunity arises. One thing I’ll agree with is that some people have more opportunity than others. The article mentions, for example, that the country a person lives in makes a big difference in the opportunities available to that person.

The article’s conclusions are based on results from a simulation model, and while one might question the degree to which the model’s results reflect real-world outcomes, I’ll accept the model’s results and go on to analyze real-world success, starting with financial success, which is a metric many people from President Trump to Kaufman use as an indicator of success.

In a market economy, where people make money through voluntary exchange, those who are successful deserve their success because financial compensation is received in exchange for creating value for others. If someone works hard, or just comes up with a good idea for a product that will satisfy consumer demands, that person’s compensation comes in exchange for the value that the person created for others. Could this be the result of luck? Yes, it could, for a number of reasons, but the compensation is still deserved because it reflects the value that person created, and in a market system, provides the incentive for everyone to look for ways to create value for others.

Making a lot of money may be luck in one sense, but it is not just some random element of luck, like guessing whether a tossed coin will come up heads. The luck is that the person who made the money found a way to create value for others, which is a good thing! We should reward that, and we do. The fate of government-planned economies shows that when the economic system does not reward people for the value they create for others, things turn out badly for everyone.

Kaufman does not deal only with financial success. He mostly deals with success in making scientific discoveries, which is fitting for Scientific American. He notes that people who have early success, perhaps as a result of luck, are more likely to get grants that enable them to do more research, but the simulation model finds that those who are most talented may not be the lucky ones who have early success, and as a result the most talented researchers fall further behind as larger grants go to those who are less talented but had early successes.

If this is true, it says something about the process by which research grants are awarded to scientists. Anyone familiar with the process does not need to be convinced that awards often do not go to those most likely to produce scientific breakthroughs. This is not the result of luck, but rather of a flawed process for financing science. Kaufman points this out directly, saying “the concentration of research funding in the hands of a so-called ‘elite’ of researchers generally produces diminishing marginal returns.”

Kaufman observes that funding for scientific research is controlled by an elite group of researchers, and that they allocate research funds to others in that elite group. They can do that because most research grants come from government, which can continue with a flawed process regardless of whether it creates value. If a business operated that way, it would go bankrupt.

When rewards are allocated that way in an economy, as a result of regulatory, tax, and subsidy benefits that government gives to the economic elite, we call that crony capitalism–a perversion of the market system. So when the article refers to the same type of perversion in the process of funding scientific research, perhaps we should call this crony science. Just as with crony capitalism, crony science is not likely to produce the greatest value for everyone.

Neither crony capitalism nor crony science is based on luck; it is connections that are rewarded. While one might argue that luck means having good connections, that is not what the model Kaufman uses says. In the model, luck is a random element that benefits some and, though bad luck, curses others.

Notably, although Kaufman says he is writing about “luck in life success,” he doesn’t discuss being successful in interpersonal relationships, in marriage, in raising a family, acting with integrity, helping others, and taking pride in one’s work and other activities, whatever they may be. Those things are likely more important to leading a successful life than making money and getting grants for scientific research, which is how the article measures success. Not only do I question what Kaufman says about financial success and the role of luck in the process by which scientific research grants are awarded, I question the metrics by which he measures life success.