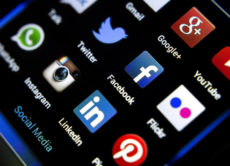 A recent survey of physician wait times in the United States found the average wait time for a new patient to see a physician in 15 metropolitan areas has increased 30 percent since 2014. This statistic includes an average wait time of over two months to get a physical in Boston, a month to get a heart evaluation in Washington, and one month for a skin exam anywhere in the nation. With a current U.S. shortage of 61,000 to 94,700 physicians, longer wait times are likely to continue.

Health apps use smartphone technology to provide medical assistance or access to medical professionals. More than 318,000 health apps are currently available, and according to a national survey, 65 percent of smartphone users downloaded at least one health app and used it daily.

Unlike much other medical innovation and technology, health apps largely do not require FDA approval. The only exceptions are when the apps are considered to be medical devices or if they accompany medical devices.

Despite widespread use of health apps, their regulatory standing is under constant scrutiny. Some advocates of more FDA involvement and regulation point to the risk of unauthorized use of a patient’s medical information or the danger that apps will provide fraudulent medical advice.

Although these concerns are well intended, they are largely misguided. Health apps are providing patients with necessary services where they are underprovided.

Across the globe, health apps in China are providing widespread relief for rheumatic diseases.

Over 100 million Chinese citizens suffer from some form of rheumatic diseases, but only 5,000 rheumatologists are available to see patients. Further, many of these physicians practice in major cities, which may require rural patients to travel long distances and stay overnight in nearby hotels to receive care.

Similar to the United States, India faces a crippling physician shortage, with only 150,000 medical specialists serving nearly a billion citizens. Similar to China, access to an Indian physician can be time-consuming and prohibitively costly for patients residing outside urban areas.

In response to this problem, tech entrepreneurs Satish Kannan and Enbasekar D created the health app DocsApp. DocsApp links patients with a variety of medical specialists and to provide medical consultations within 30 minutes. “Around 70% of all health problems can be handled online,” Kannan told Forbes.

Since June, nearly 1,200 Indian physicians have provided over 400,000 consultations through DocApp. With over $2 million in proceeds, DocApp’s inventors hope it will become, “the world’s largest online hospital” and “help 100 million patients across India and the Asian markets,” Kannan says.

Health apps are not only providing access, they are also saving lives.

Fortunately, he received swift medical attention and suffered no permanent damage thanks to the health app Pulsara. Pulsara links users with EMS teams, emergency departments, and hospital cardiac catheterization teams to provide immediate notice of a cardiac event. Grateful to be alive, Moran told a local television news program, “All I know is that they saved my life and I’m very happy to be walking around.”

Health apps are providing much-needed access and services to millions of patients on a global scale. Efforts to curtail their use, despite the best intentions, only work to deny access to those who may need it most. It would be folly to ask patients to wait in long lines or for federal regulators to verify quality when so many are receiving help every day.