Rule of Law: Order Versus Justice 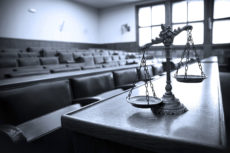 One of the most important factors that generate prosperity is rule of law, which means having an objective set of laws that apply to everyone. Rule of law provides the incentive for people to engage in productive activity so they can prosper themselves by producing value for others.

In the absence of rule of law, institutions favor some people over others, and entrepreneurial individuals have the incentive to look for ways to join the favored group and to benefit themselves through activities that impose costs on others. Rule of law removes the opportunity to prosper through connections and cronyism, and creates opportunities to prosper through mutually-advantageous exchange.

Government legal systems are typically designed to punish those who violate the rights of others, not to provide restitution to their victims. If a person is assaulted, has a family member murdered, or is injured by a drunk driver, the legal system will punish the rights violator, but provides no compensation for those whose rights are violated.

The motivation for law enforcement for those in the ruling class is to produce an orderly society of compliant citizens. The ruling class needs a productive economy to produce tax revenues they can spend, and needs compliant citizens who will pay those taxes when asked, and who will obey government regulations when they are issued. They accomplish this by clearly displaying that when people violate the rules, they will be punished.

If rule of law means an objective set of laws that apply to everyone, that does not specify what those laws are. A rights-based approach to legal design would focus on compelling rights violators to provide restitution to their victims, but the ruling class has little incentive to design rules that provide justice to the masses. Their incentive is to maintain law and order so that citizens will fear the consequences of violating government’s rules. This is why government law is oriented toward punishment, not restitution.